Usman Khan was the pick of the bowlers for Pakistan as he returned with figures of 3/19. 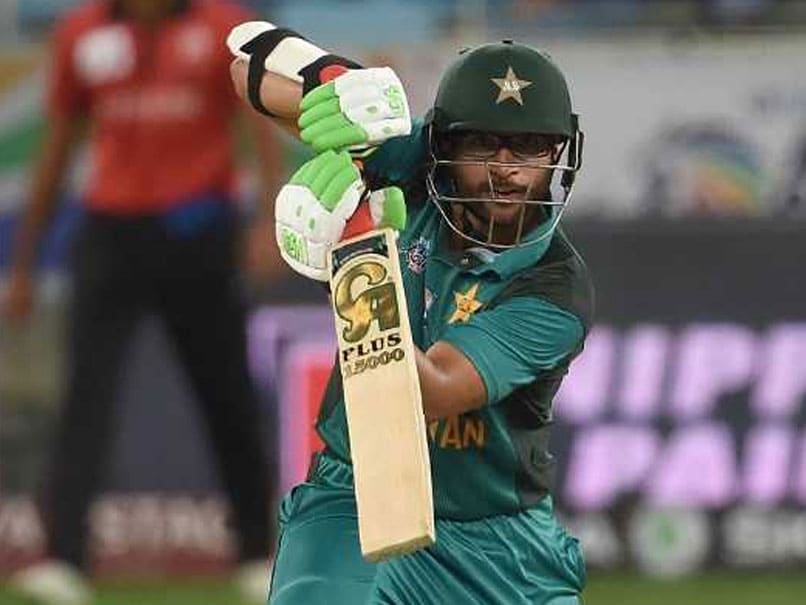 Usman Khan was the pick of the bowlers for Pakistan before opener Imam-ul-Haq hit an unbeaten fifty as Pakistan cruised to an eight-wicket victory over Hong Kong in a group A match of the Asia Cup 2018 at the Dubai International Cricket Stadium, Dubai on Sunday. Electing to bat, Hong Kong folded for a paltry 116 in 37.1 overs as Usman returned with figures of 3/19. Apart from Usman, Shadab Khan (2/31) and Hasan Ali (2/19) shared four wickets between them. Pakistan, chasing 117 to win, overhauled the target in 23.4 overs. Imam during his stay in the middle hit three boundaries and a solitary six. Pakistan made a good start with Imam and Fakhar Zaman sharing a 41-run partnership in 8 overs for the opening wicket.

Pakistan lost their first wicket when Fakhar was caught by McKechnie off Ehsan Khan's ball in the 9th over. Imam and Babar then added 52 runs to take the team close to the target.

Babar hit three fours and a six in his 36-ball 33 before being caught behind by Mckechnie for Ehsan's second wicket. Shoaib Malik (9*) hit the winning runs, blasting Aizaz Khan for a boundary in the 24th over.

Earlier, the Pakistan bowling unit ran through the Hong Kong top-order, giving them no opportunity to settle in the middle.

It started with a run-out as Nizakat Khan (13) walked back to the pavilion after failing to make ground with Shadab Khan knocking the stumps off from point in the 5th over.

Skipper Anshuman Rath (19) was the next to go when he was caught behind by wicketkeeper Sarfraz Ahmed off Faheem Ashraf as Hong Kong slipped to 32 for 2 in the ninth over.

Hasan Ali then got into action, removing Christopher Carter (2) cheaply in the 14th over. Looking to chip it over extra cover, Carter ended up giving an easy catch to Imam-ul-Haq as Hong Kong lost their third wicket.

Leg-spinner Shadab Khan then struck twice in three balls -- dismissing Babar Hayat (7) and Ehsan Khan (0) -- as Hong Kong lost half their side in 16.3 overs.

Hayat couldn't pick up Shadab's googly and was stumped by a huge margin by Sarfraz when the batsman danced down the pitch. One ball later, another googly earned Shadab another wicket as Ehsan was trapped infront of wicket.

Kinchit Shah and Aizaz Khan then shared a crucial 53-run partnership for the sixth wicket to take Hong Kong close to the 100-mark.

In the 31st over, Usman Khan picked up three wickets in five deliveries, removing Aizaz, SS Mckechnie (0) and Tanwir Afzal (0), to further reduce Hong Kong to 97 for 8.

Kinchit too was back to the hut after he hit a Hasan Ali ball to Shadab at backward point. Ehsan Nawaz (9) and Nadeem Ahmed then took Hong Kong across the 100-mark before the former was run-out as Hong Kong was bundled out.

Hong Kong Babar Azam Asia Cup 2018 Pakistan vs Hong Kong, Match 2 Cricket Hasan Ali
Get the latest updates on India vs South Africa and check out  Schedule, Results and Live Score. Like us on Facebook or follow us on Twitter for more sports updates. You can also download the NDTV Cricket app for Android or iOS.