Steve Smith has scored an astonishing 671 runs at an average innings of 134.2, including three hundreds, despite missing the third Test at Headingley with concussion. 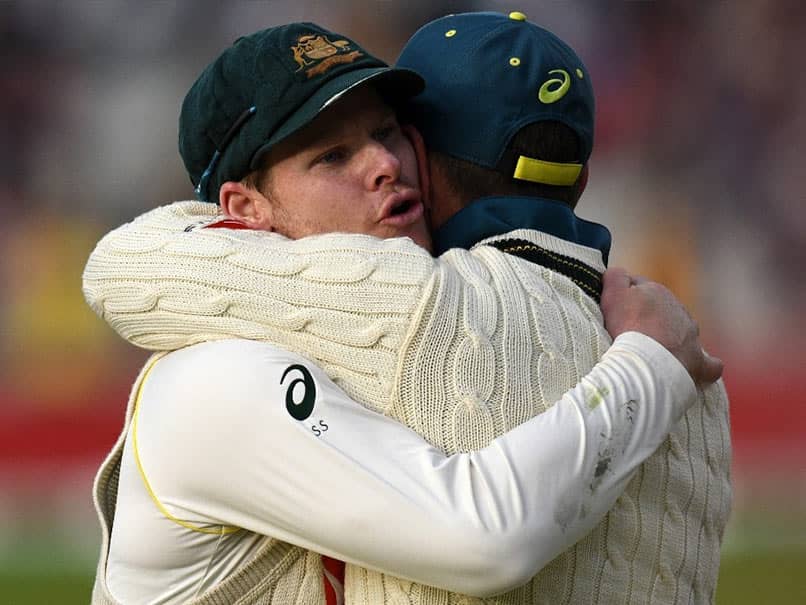 Steve Smith said it "feels amazing" to retain the Ashes after Australia finally ended a stubborn rearguard effort from England on Sunday to win the fourth Test by 185 runs. England, set a huge second-innings target of 383 to win, were bowled out for 197 following some spirited lower-order defiance, putting Australia 2-1 up in the five-Test series ahead of next week's finale at the Oval.

Smith has scored an astonishing 671 runs at an average innings of 134.2, including three hundreds, despite missing England's one-wicket win in the third Test at Headingley with concussion.

"I've been here a few times when things haven't gone our way," he added. "This was always one to tick off my bucket list. It's extremely satisfying.

"We thought we would get our eight chances. I thought (Craig) Overton was exceptional but fortunately the boys got the job done.

"I am incredibly proud of how I have performed and what I have helped the team achieve."

Australia captain Tim Paine told the BBC he was overcome with emotion.

"The amount of work that's tried to go on in to retain the Ashes has been enormous and I'm really proud of this group and how we bounced back from Headingley," he said.

"The atmosphere, I was just saying to the guys, at every ground has been unbelievable. The noise they make here and the passion they have for cricket makes this moment all the more special.

"We're thrilled. This is what we came here to do, to take the Ashes home. We'll have a bloody good night tonight together and celebrate but we'll be back on deck next week. We want to win the Ashes 3-1."

Steven Smith The Ashes 2019 Cricket England vs Australia, 4th Test
Get the latest updates on IPL 2021, IPL Points Table , IPL Schedule 2021 , live score . Like us on Facebook or follow us on Twitter for more sports updates. You can also download the NDTV Cricket app for Android or iOS.