Mitchell Johnson said people that booed Steve Smith even after he was hit can't be called "cricket fans". 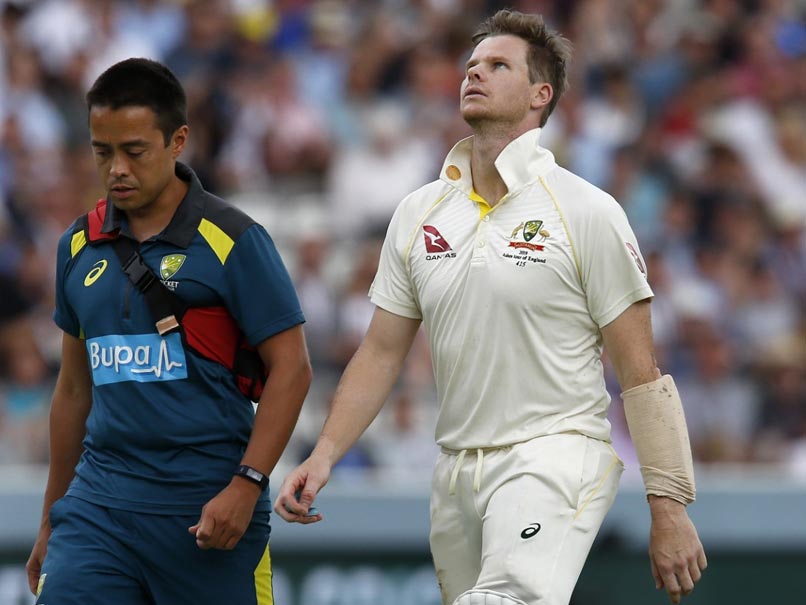 Australian Cricketers' Association said it was wrong to hurl abuse at an injured player.© AFP

Mitchell Johnson and Australia's cricket union on Sunday slammed fans at Lord's for booing Steve Smith after he was hit by a Jofra Archer bouncer. Steve Smith had made 80 on the fourth day when he was struck by a short ball from Jofra Archer, timed at 92.4 mph (148.7 kph), on an unprotected part of his neck. The right-hander fell on the ground and retired hurt after receiving on-field treatment. But incredibly, after just 46 minutes, Steve Smith made his way back to the ground to resume his innings. However, when Steve Smith returned some fans booed him.

Johnson, who starred in Australia's 5-0 win in Ashes 2013-14 with 37 wickets, said he was disappointed by the treatment meted out to Smith by some fans at Lord's.

"One of the biggest disappointing things for me was the crowd and I am not saying it was the whole crowd, but there were a couple of boos that you could hear through the microphone or the effects, which really disappointed me when Steve Smith came back out to bat" Mitchell Johnson said in a video tweeted by ESPNcricinfo.

Johnson said people, a small part of the majority crowd at Lord's, that booed Smith even after he was hit can't be called "cricket fans".

"I do not care what people say. Yes, they can say he is a cheat and whats why we are booing him but that is absolute rubbish to me. Yes, he has done what he has done," he said.

"You can boo him when he comes out to bat at the start of innings, but seeing him getting booed when he came back out after being struck by Archer, that was disappointing.

"The majority of the fans were here up, but there was that. To me they are not cricket fans," Johnson added.

The Australian Cricketers' Association (ACA), which represents players, said it was wrong to hurl abuse at an injured player.

"What we witnessed was bravery from an outstanding young man. It should be commended not vilified.

"Over the English summer, generally the crowds have been terrific and really added to the contest. But when someone is hurt, yet the boos continue, it's time to call 'enough'."

Former Australia captain Smith made successful comeback to the Test cricket after serving one-year ban for his involvement in the ball-tampering scandal in South Africa last year. He scored centuries in successive innings of the first Ashes Test to guide Australia to a 251-run victory against England in Birmingham.

However, England fast bowler Archer tried to stop Smith's quest for another match-winning knock with a fierce bouncer.

After returning to bat, Smith was trapped LBW by Chris Woakes for 92 runs off 161 balls. Australia managed to score 250 in reply to England's first innings total of 258.

At stumps on Day 4, Ben Stokes and Jos Buttler were unbeaten as England reached 96/4 with a lead of 104 runs.

Steve Smith The Ashes 2019 England vs Australia, 2nd Test Cricket
Get the latest updates on ICC T20 Worldcup 2022 and CWG 2022 check out the Schedule, Live Score and Medals Tally. Like us on Facebook or follow us on Twitter for more sports updates. You can also download the NDTV Cricket app for Android or iOS.