The England selectors on Monday named an unchanged 13-strong squad for the fifth and the final Ashes Test beginning September 12 at Kennington Oval. 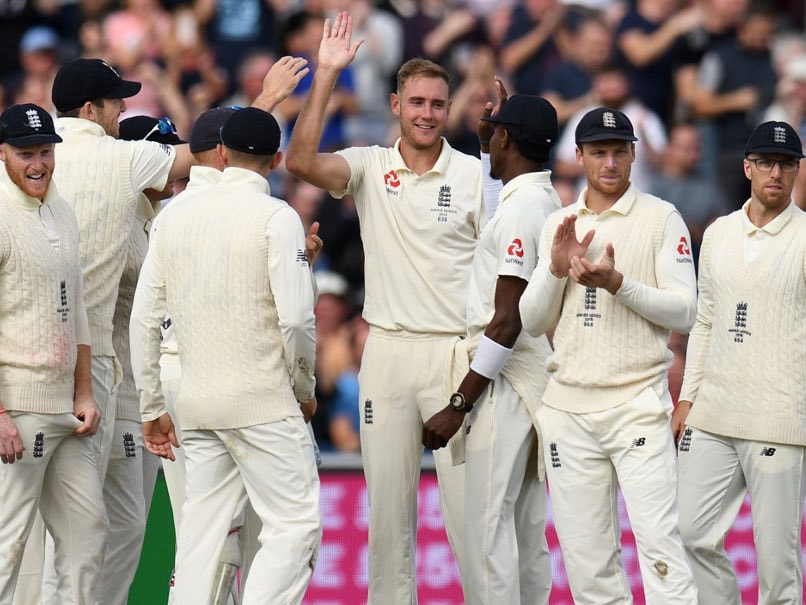 Though England can't beat Australia, they still have a chance to level the series.© AFP

The England selectors on Monday named an unchanged 13-strong squad for the fifth and the final Ashes Test beginning September 12 at Kennington Oval, London. Jason Roy and Jos Buttler, who are struggling with their form in the ongoing series, have also retained their place in the squad. Craig Overton who played his first match of the series in Manchester has also retained his place. With only three days left in the final Test, England skipper Joe Root would want his players to rectify their mistakes and come good on all accounts against Australia to share the trophy.

Australia thrashed hosts England by 185 runs in the fourth Test to retain the Ashes urn, after taking an insurmountable 2-1 lead in the five-Test series.

England's decision to retain the previous match squad for a do-or-die game comes a surprise especially after their players lagged behind their counterparts in all the three facets of the game. Though England can't beat Australia, they still have a chance to level the series.

Holders Australia on the other hand would want to register their first away Ashes series win in 18 years as the last time they lifted the Ashes trophy in England was way back in 2001.

A major cause of concern for England is the condition of their star all-rounder Ben Stokes who didn't bowl in Australia's second innings at Old Trafford following a shoulder injury sustained during his 11th over in the tourists' first innings.

If Stokes is unfit to bowl at the Oval, where the fifth Test starts on Thursday, he is expected to play as a specialist batsman.

In that case, England would look to bring in a bowling all-rounder from within the squad in either Sam Curran, who would be playing on his Surrey home ground, or Chris Woakes.

Both Curran and Woakes missed out at Old Trafford.

If either of the pair play should England coach Trevor Bayliss, in what will be his last Test before he stands down from his post, and captain Joe Root make a change to the side, it would likely mean one of the hosts' struggling specialist batsmen having to make way.

The Oval, London The Ashes 2019 Cricket England vs Australia, 5th Test
Get the latest updates on Fifa Worldcup 2022 and check out  Fifa World Cup Schedule, Stats and Live Cricket Score. Like us on Facebook or follow us on Twitter for more sports updates. You can also download the NDTV Cricket app for Android or iOS.