Alex Carey's exclusion from Australia's Ashes squad raised several eyebrows, including Shane Warne and Mark Waugh, as he impressed one and all with his batting skills in World Cup 2019. 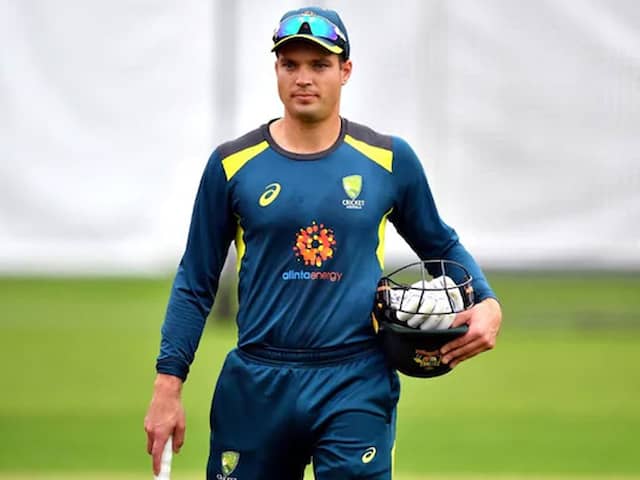 Alex Carey's exclusion from Australia's Ashes squad raised several eyebrows, including Shane Warne and Mark Waugh, as he impressed one and all with his batting skills in World Cup 2019. Unlike the greats who met the decision with disbelief, Matthew Wade, who is part of Ashes 17-member squad, feels Alex Carey is the future and "is going to be the next wicket-keeper for Australia".

"I think (Alex Carey) is going to be the next wicket-keeper for Australia. I think everyone knows that, it's just a matter of time for that to happen," Wade was quoted as saying by ICC.

Wade last played the international cricket in 2017 and says he is excited to be back. He also said that he is not pushing for the wicket-keeping role as Australian skipper Tim Paine will be the first choice wicket-keeper but added that he has enough experience to don the role "if something happens to Tim".

"I don't feel like I'm pushing for that (wicket-keeper) spot too much anymore. It's just a luxury that I've played 20 Tests and a lot of one-dayers as a 'keeper that if something happens to Tim on the morning of a Test, then I can stand in and 'keep. I've got no issues there. I've been away for a long time and I am excited to be back," Wade said.

Wade's solid performance in the 2018-19 Sheffield Shield season where he scored 1021 runs at 60.0 forced selectors to include him in the Australia's Ashes squad.

Explaining what role he sees himself playing, whenever given an opportunity, in the Ashes series, Wade said, "I see myself as a batter on this tour and if there is an opportunity to bat at five or six, wherever it is, I am comfortable to step into it. Fingers crossed I get an opportunity."

Australia will face England in the first Ashes Test on August 1.

Australia Cricket Team The Ashes 2019 Cricket
Get the latest Cricket news, check out the India cricket schedule, Cricket live score . Like us on Facebook or follow us on Twitter for more sports updates. You can also download the NDTV Cricket app for Android or iOS.