Australia named a 17-man squad for the five-Test series against England with opener Cameron Bancroft recalled alongside Steve Smith and David Warner. 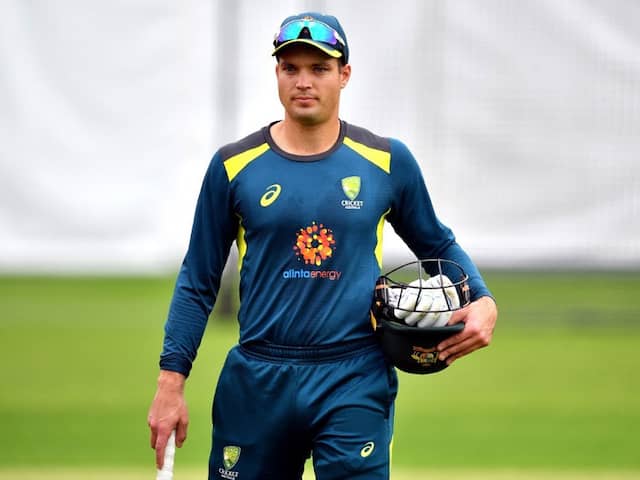 Alex Carey's omission from the Ashes squad was met with disbelief on Saturday by former Australian greats Mark Waugh and Shane Warne, while Mark Taylor said he was surprised Joe Burns and Kurtis Patterson missed out. Australia named a 17-man squad for the five-Test series against England on Friday, with opener Cameron Bancroft recalled alongside Steve Smith and David Warner following their bans for a ball-tampering scandal in South Africa last year. Matthew Wade also made the grade, having not played a Test for nearly two years, following recent outstanding form with the bat.

He can act as back-up wicketkeeper to captain Tim Paine, as could Bancroft, which meant the fast-improving Carey, who starred for Australia at the recent World Cup, was controversially overlooked.

"Got to be kidding re Alex Carey," 128-Test veteran Waugh tweeted. "For me Alex missing the squad is the biggest shock particularly after his batting during the World Cup and being the second best gloveman."

"Very surprised/disappointed that Carey didn't make the Aussie squad," he said on Instagram in posting what he believes will be Australia's team for the opening Test at Edgbaston.

Warne has Bancroft opening with Warner and Wade coming in at number six, while opting fot fast bowler James Pattinson instead of Mitchell Starc alongside Josh Hazlewood, Pat Cummins and Nathan Lyon.

Former Australia captain Taylor said opener Burns and middle-order batsman Patterson missing out was tough to take given both made centuries in Australia's last Test, against Sri Lanka.

"I was disappointed Kurtis Patterson didn't make the squad. You can't help but feel a little bit sorry for both him and (Joe) Burns," Taylor said.

"They're both coming off hundreds in their last Test matches."

"They (the selectors) are picking on recent form rather than their last Test matches, and I guess you could say that Bancroft, (Marnus) Labuschagne, and Wade won that battle of the batsmen."

Australia hold the Ashes but have not won a Test series away to England for 18 years.

With the series taking place in the same season as a World Cup for the first time since 1975, next week's first Test will be Australia's opening first-class match of their tour.

Alex Carey The Ashes 2019 Cricket
Get the latest Cricket news, check out the India cricket schedule, Cricket live score . Like us on Facebook or follow us on Twitter for more sports updates. You can also download the NDTV Cricket app for Android or iOS.