Gill not only wreaked havoc with the bat, but he also caught Zimbabwe centurion Sikandar Raza, who was threatening to give the home side a shock victory 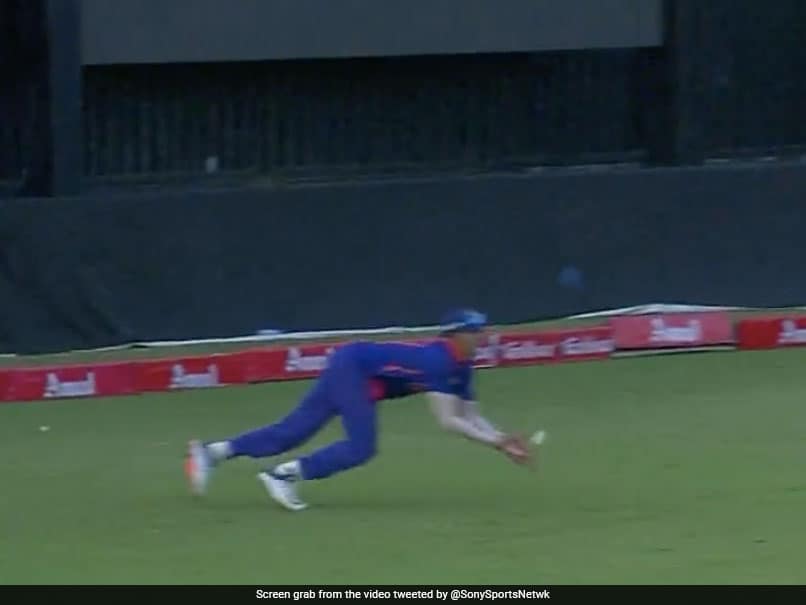 Shubman Gill could do no wrong on Monday. The 22-year-old opener smacked 130 off 97 balls, hitting 15 fours and a six, to help India reach 289/8 in 50 overs. It was the youngster's first international ton at the senior level. The breakthrough century for Gill came less than a month after he came agonisingly close, scoring an unbeaten 98 against the West Indies in Port of Spain. He shared a 140-run third-wicket partnership with Ishan Kishan, who reached his half-century before being run out by Tony Munyonga.

Gill not only wreaked havoc with the bat, but he also caught Zimbabwe centurion Sikandar Raza, who was threatening to give the home side a shock victory. India looked set for victory when they reduced the home side to 122-5 with all the regular scorers bar Raza back in the pavilion. But Pakistan-born Raza shrugged off poor form in the first two matches to smash 115.

But Gill, in the 49th over by Shardul Thakur, dived full length forward to scoop a great catch and sent Raza back to the pavilion. Zimbabwe were 275/9 at that point. Later, the tail could not deliver, and a gallant run chase by Zimbabwe came up short.

First with the bat and then with a diving catch, this man won our hearts more than once today

"I was just trying to minimise my dot-ball percentage. I just tried to time the ball and not hit it hard," he said. "The bat was pretty good and that is why I changed it after my fifty as I wanted to save it. Always special to get a hundred. I had made three nineties but wanted to get a century. I have being playing with a great bunch of players for sometime. This one is for my dad as he has been my primary coach. I got a bit of a schooling the day before yesterday when I was out on 33. So this century is for him."

KL Rahul Cricket
Get the latest updates on Fifa Worldcup 2022 and check out  Fifa World Cup Schedule, Stats and Live Cricket Score. Like us on Facebook or follow us on Twitter for more sports updates. You can also download the NDTV Cricket app for Android or iOS.