Vinesh Phogat Aims To Complete Her Bout In Tokyo Olympics

Vinesh Phogat says she has unfinished business to attend to in 2020 Tokyo. 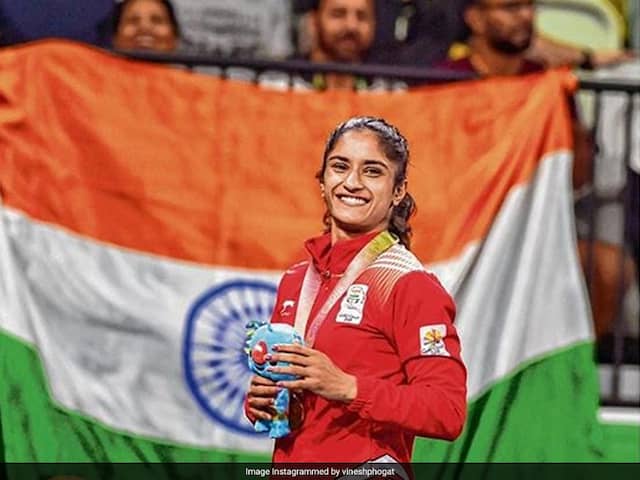 Vinesh Phogat made a strong comeback in Commonwealth Games.© Instagram

An Olympic berth already secured, World championship bronze medallist wrestler Vinesh Phogat says she has unfinished business to attend to in 2020 Tokyo. The fear of 2016 Rio Olympics injury still playing on her mind, Vinesh on Monday said she is eyeing to complete her bout in next year's Tokyo Olympics. One of India's biggest medal prospects at the Rio Olympics, Vinesh's campaign ended in agony in the quarterfinals of the women's 48kg freestyle category after suffering a career-threatening knee injury. "Hopefully in Tokyo I will play the entire six minutes of a bout. A lot was left out for me to achieve in Rio. I was not able to play my entire match. There are a lot of things going in my mind regarding the Olympics," Vinesh said.

"So whatever the results, whether I lose or win I want to complete my six minutes. When I do that whatever questions I have in my mind right now will be cleared," she added.

However since then, the 25-year-old has made a strong comeback, winning golds in the Commonwealth Games and Asian Games last year in the 50kg category.

In the-recently concluded World Championships, the star wrestler qualified for the 2020 Olympics before winning the bronze medal in the 53kg.

Relieved to have sealed an Olympic berth, Vinesh said the injury in Rio motivated her to make a strong comeback.

"After my injury in Rio I never thought I'd be able to go back to the Olympics. Somewhere in my mind I felt incomplete. That feeling always kept on driving me to do better. I am very stubborn, I motivated myself to do better and that is why I am going to the Olympics," she said.

Vinesh, who was earlier competing in the 50kg category but switched to 53kg early this year, said the shift has been beneficial for her.

"The change in weight category has has been advantageous for me. I have won back-to-back medals," she said.

Vinesh had grabbed a gold each in the 53kg class in Grand Prix of Spain and Yasar Dogu.

Asked about the competition at the Olympics, Vinesh said playing at home, the Japanese wrestlers will be top contenders.

"I feel everyone is strong in the 53kg category. Japan, of course, is the powerhouse and will also have the home advantage. I would love to beat them and win the gold," she said.