Vinesh Phogat defeated Greece's Maria Prevolaraki to win the bronze medal match in the World Wrestling Championships on Wednesday. She had already qualified for the Tokyo Olympics after her win against Sarah Ann Hildebrandt in the second repechage bout. 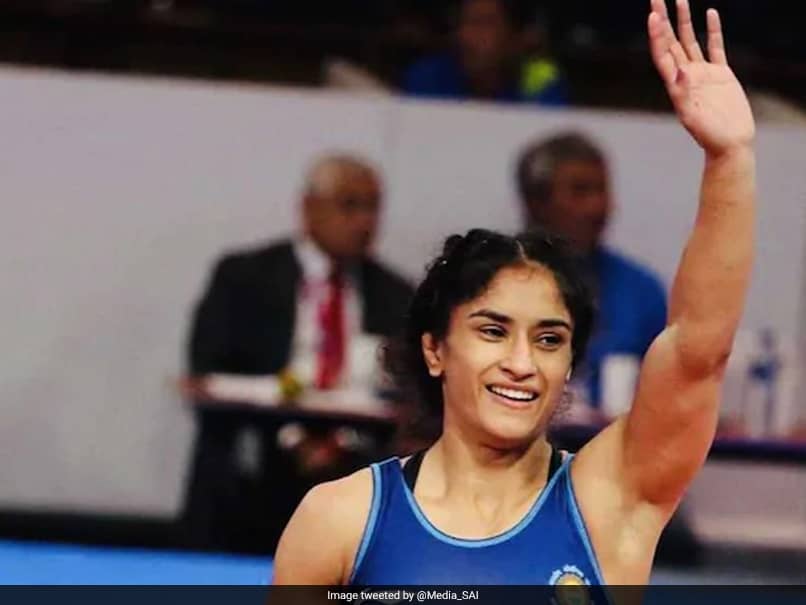 Vinesh Phogat won the bronze medal in the 53 kg category of the World Wrestling Championships on Wednesday. Vinesh Phogat had already qualified for the Olympics by beating Sarah Ann Hildebrandt in her second repechage bout. In the bronze medal match, Vinesh pinned her opponent Maria Prevolaraki to win the first medal in the ongoing tournament for India. Speaking after her successful bout, Vinesh said that she is focussing on turning her bronze medal into gold and is hopeful of an Olympic medal in Tokyo next year.

"It's a relief because now I have a lot of time to prepare for the Olympics. And it's a bronze only. I want to convert it to a gold and also win the Olympic medal," Vinesh Phogat said.

The world championships medal was missing from her CV for long and now that she has ticked the box, Vinesh said it gives her the cushion of a few months to plan better for 'Mission Tokyo'.

"It's the first Olympic qualification tournament and a world championship too, so every athlete came here well-prepared and with a different mindset. Taking a medal from this group is definitely big for me.

"It's a relief because now I have a lot of time to prepare for the Olympics. And it's a bronze only. I want to convert it to a gold and also win the Olympic medal," Vinesh Phogat added.

Vinesh further elucidated that after watching her getting injured on various occasions, her mother has stopped watching her bouts.

"My mother has almost stopped watching my bouts. She fears I may return with a broken leg again. Even if she watches, she will make it tough for others by shouting like 'arrey tang chhod de meri beti ki, tod na diyo (Leave the leg of my daughter, don't break it)'," Vinesh Phogat said.

While her mother keeps praying when her bout is on, her husband Sombir Rathee chips in with his inputs.

"He may not have won medals but has a sharp wrestling mind. He would come up saying the same things what my foreign coach would suggest," she added.

Vinesh is pleased with the way she trained her mind to overcome a few negative thoughts that plagued her mind when it came to switching her weight category.

"I used to think how will I beat a 53kg wrestler like Sofia Mattsson, who is so strong. But I changed the mind-set and beat her. So I am moving in the right direction," she concluded.