Vinesh Phogat's reaction came after the Haryana sports minister claimed that his government has always given the biggest prize money as compared to the other states. 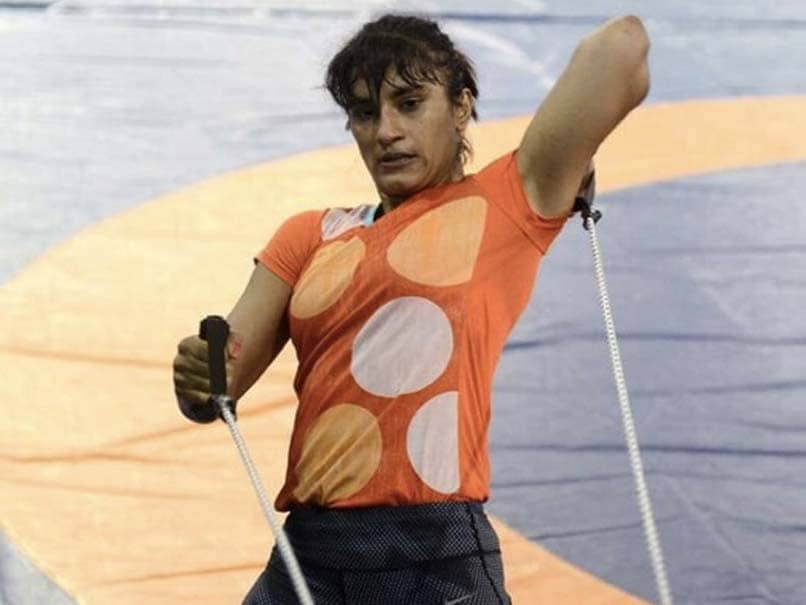 Vinesh Phogat said she has not heard from anyone getting a job from Haryana government.© AFP

Asian Games gold medallist wrestler Vinesh Phogat on Thursday said Haryana sports policy is not up to the mark as no athlete has benefitted from it in the last four-five years. "Earlier the state's sports policy was the best in the world but in last 4-5 years, no athlete has benefited, be it a team game or individual game. Anil Vij (Haryana Sports Minister) sir calls it the best policy, it definitely isn't," Phogat told ANI. Phogat's reaction came after Vij claimed that his government has always given the biggest prize money as compared to the other states.

"During Commonwealth Games, they didn't organise a felicitation ceremony then we got Asian Games medal. But athletes are still waiting for the past 10 months. They canceled the program without informing the reason. Last time they gave a reason that athletes boycotted but this time nobody did. Everybody was excited," Phogat continued.

She further said that senior athletes can still voice their opinions but juniors cannot as they are silenced. Talking about the state sports policy, Phogat said that those who have made the policy have neither represented state nor the country.

"Those who have made it (policy), I don't think they have had ever represented their state. While we represent India, we are Olympic level athletes. How can you insult us like this?" she said.

"Only an athlete knows after how many hardships a medal is worn around the neck and one gets to hold the national flag. For one medal they ask for so much paperwork and say only then they will consider us valid. I got the Asian Games medal and the whole world knows it. Still, they ask for a certificate to prove it. This shouldn't happen with an athlete. Support us right from junior level, everybody needs support in terms of money. Athletes cannot be made without money," Phogat said.

Reflecting on the job from the state government, Phogat said she has not heard from anyone getting a job from Haryana government.

"In the past five years, I haven't heard from anyone getting a job from Haryana. I went in Railways only after waiting for two years in a hope that Haryana will provide. Then I joined Railways considering if my wrestling career ends I need security," she said.

Earlier, Phogat and Bajrang Punia, who also hails from Haryana, tweeted against the sports policy of the state government. Punia criticised the government's decision to curtail the winning amount of the sportsperson, adding that it needs to be re-evaluated.