The weather has had a lot of effect on World Cup 2019, but India's match with the West Indies may be unaffected. 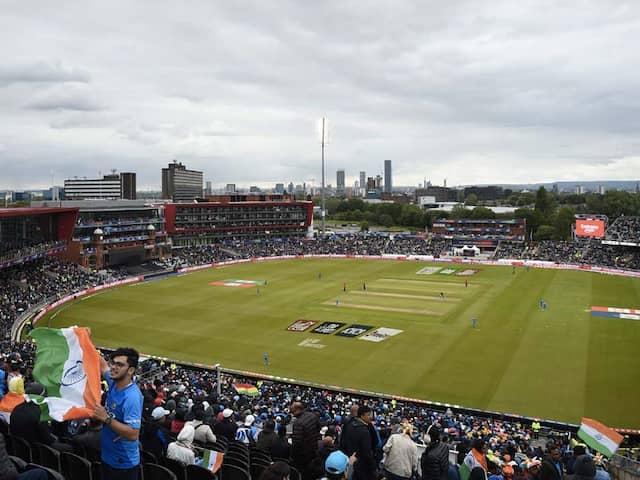 The weather forecasts hint towards a good game of cricket.© AFP

India will take on the West Indies at Old Trafford in Manchester on Thursday in a crucial World Cup 2019 clash. A win will take India one step close to securing a semi-finals spot while the West Indies will play for their pride and end their dismal campaign on a high. When India played Pakistan in Manchester rain was in full hide and seek mode, forcing the umpires to cut the match short. Since that game rain has stayed away and allowed full matches on last two occasions at the venue.

The weather forecasts show no possibility of rain but there will be little bit of cloud cover, 11 per cent to be precise, but that is not a cause to worry as forecasts suggests the sun to shine brightly throughout the day.

With a high of 21-degree Celsius and a low of 14-degree, the weather hints towards a good game of cricket.

India, who go into the match as favourites, will breathe a sigh of relief after positive weather forecasts because the West Indies, who are filled with power-hitters, could have been a real threat if the match was curtailed by rain.

The West Indies, who have failed to perform consistently with the bat and ball in the tournament, will take this match as an opportunity to right their wrongs and perform to best of their abilities.

India ousted every other team with ease but struggled in their last match against Afghanistan as their batsmen failed to put a respectable total on the board. Despite a close match, they managed a sneak in a close win, thus continuing their unbeaten streak in the ongoing World Cup 2019 and would want to continue it but with a more complete performance.