Australia have just lost one match in their World Cup 2019 campaign so far and they're looking good to defend their title. 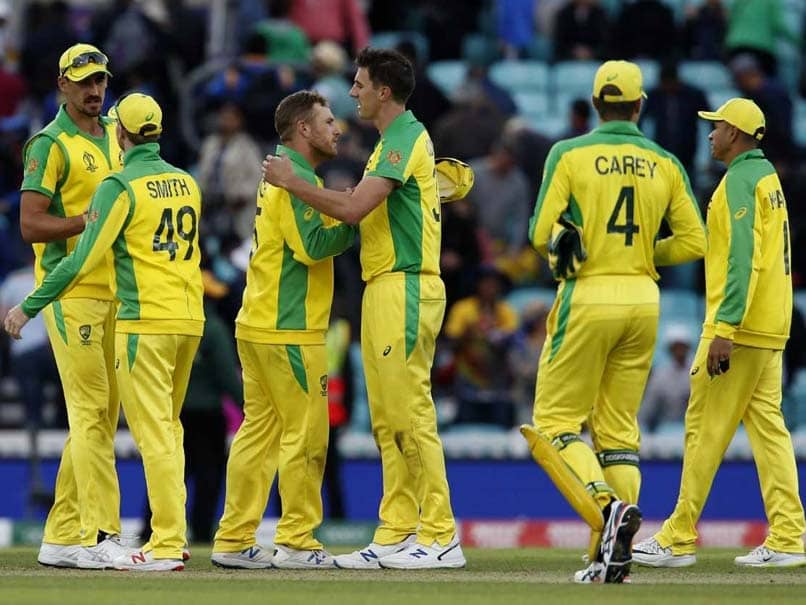 Australia are sitting on top of the points table in the ongoing World Cup 2019. The defending champions have won four out of their five games so far in the tournament. However, despite going strong in the league matches, Australia are still uncertain about their best playing XI. Their assistant coach, Brad Haddin mentioned that post Marcus Stoinis' injury, the team is facing issues to get the right balance. Stoinis sustained a side strain during Australia's league clash against India. The 29-year-old missed the next game against Pakistan and all-rounder Mitchell Marsh was called up as cover for the injured Stoinis.

Ahead of their match against Bangladesh, Australia's assistant coach Haddin was unsure about Australia's best playing XI.

"At the moment, we're still trying to find that best XI. Marcus' has thrown a spanner into everything there with his injury and how important an all-rounder is. We're still trying to find what works best for us. Come later in the tournament, we'll start to understand what the conditions are like a lot better and what our best XI (is). At the moment, we're not settled on our best XI," Haddin was quoted as saying by Cricket Australia.

Haddin further elucidated that working to ensure that every player is ready to deliver whenever the team requires them to.

"One of the things we spoke to the squad about is we need to be a flexible squad to win a World Cup. The players understand that and we're training them accordingly. We make sure each and every player is ready for game day," Haddin added.

Haddin also backed Usman Khawaja, who has not been able to leave a mark on the field so far, saying that he has been in a role where there are lesser opportunities.

"He's playing a different role. It's not that he's not having success, he's been in a role where he's had limited opportunities. Before he could go out and set the pace of the innings and now the innings is dictating the role he needs to play. He's been okay with it, he's a class act. He's had little cameos throughout. We're pretty happy with where he's at. He's just got to bat (according to) the situation," he said.

Australia's next challenge will be against Bangladesh who have defeated South Africa and West Indies so far in the tournament.

Marcus Stoinis Cricket
Get the latest updates on India vs Australia Series, check out the India vs Australia Schedule for 2020-21 and Ind vs Aus live score . Like us on Facebook or follow us on Twitter for more sports updates. You can also download the NDTV Cricket app for Android or iOS.