West Indies vs India: Vijay Shankar Trolled For Dismal Batting Show At No. 4

Vijay Shankar has struggled to put forward a convincing display after being slotted at the much-discussed No. 4 slot in the Indian batting line-up at World Cup 2019. 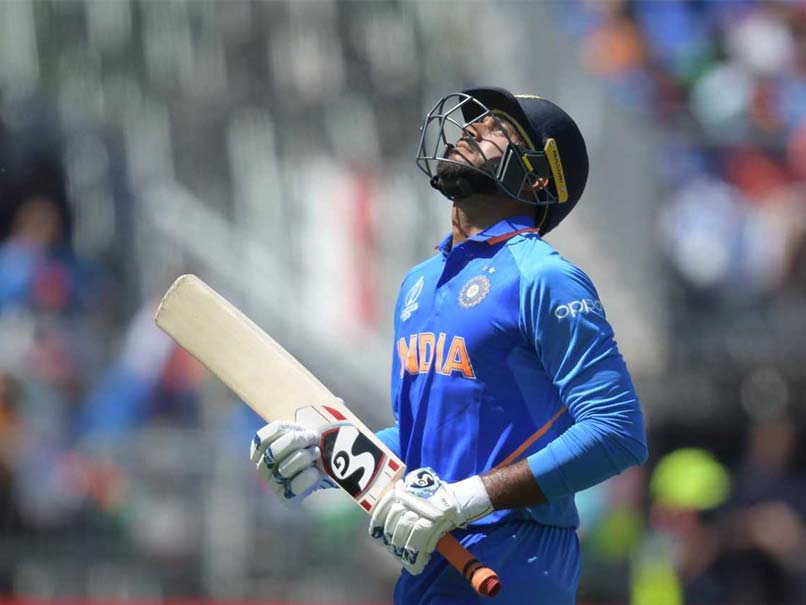 Vijay Shankar failed to impress at the much talked-about No. 4 spot in the second consecutive time in a World Cup 2019 match, against the West Indies at Old Trafford in Manchester on Thursday. The medium-paced all-rounder lost his wicket for 14 runs to Kemar Roach but India pulled off a comprehensive 125-run victory over the Windies. In his last match against Afghanistan in Southampton, Vijay Shankar was dismissed for 29 while batting at number four. Prior to that, Vijay Shankar managed 15 runs (not out) while batting at number six against Pakistan.

Following a yet another batting disaster, which was overshadowed by India's huge win, Shankar received flak from both fans and critics.

Former India batsman Sanjay Manjrekar asked India to address batting woes, adding that Shankar might get to play one more game to prove himself.

"As for brass tacks - India can be happy about the win but must look to address the batting issues starting with putting pressure on KL Rahul to get the big one once he gets a start and I guess, one more game for Vijay Shankar," Manjrekar tweeted.

As for brass tacks - India can be happy about the win but must look to address the batting issues starting with putting pressure on KL Rahul to get the big one once he gets a start & I guess, one more game for Vijay Shankar.#IndvsWI

#INDvsWI
Selectors to Vijay Shankar after seeing his performance pic.twitter.com/MaonvIYoFf

Replace vijay shankar with this Legend, he can hit better than shankar #IndvsWI pic.twitter.com/9FEbMXWRuE

On his World Cup debut, Shankar claimed a wicket off his first ball and finished 2/22 in India's much-celebrated victory over arch-rivals Pakistan.

With a win over the West Indies, India remained the only unbeaten team in World Cup 2019. They need just one more win in remaining three matches to seal a semi-finals berth.

India Cricket Team World Cup 2019 Cricket West Indies vs India, Match 34
Get the latest updates on SA vs IND 2021-22, check out the Schedule and Live Score . Like us on Facebook or follow us on Twitter for more sports updates. You can also download the NDTV Cricket app for Android or iOS.