South Africa, who lost both their matches at the hands of England and Bangladesh, will try to turn things around against India. 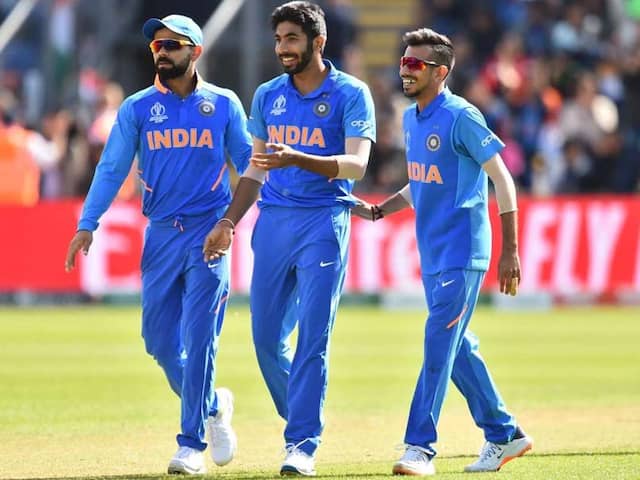 This is India's first match in the tournament while South Africa will be playing their third match.© AFP

India is all set to play the first match of this edition's ICC Men's Cricket World Cup against South Africa on Wednesday and the people in Varanasi offered prayers in the temple for the team's success in the match. ''Vedic Mantras'' were chanted in the temple of Varanasi so that team perform well in the premier tournament and also for bowlers' lethal attack in the World Cup, which will help India to have a good start in the tournament.

"We are praying that 'God gives strength to team India so that team, under the leadership of Virat Kohli, win a one-sided match.' Not only this we prayed that India beat all the teams and win the World Cup" Acharya Pandit Rajendra Trivedi, one of the fans who offered prayers, told ANI.

Ramesh Verma, another fan, said: "We have taken blessings from Bholenath for India's success. We will win all the matches and I think we will win the World Cup for the third time. India is the strongest team with good batsmen and bowlers."

This is India's first match in the tournament while South Africa will be playing their third match. South Africa has lost both their matches at the hands of England and Bangladesh. So, they will try to turn things around in this match.

However, India are a tough contender and will be entering in the field with a ''favourite'' tag on their shoulder. It will, therefore, be interesting to see whether South Africa will be able to change their fortunes from now on or India will justify their favourite tag.

India will compete with South Africa at the Rose Bowl cricket ground on Wednesday.

The Rose Bowl, Southampton Cricket South Africa vs India, Match 8
Get the latest Cricket news, check out the India cricket schedule, Cricket live score . Like us on Facebook or follow us on Twitter for more sports updates. You can also download the NDTV Cricket app for Android or iOS.