India will begin their World Cup 2019 campaign against South Africa in Southampton, hoping to make a winning start against their struggling opponents. 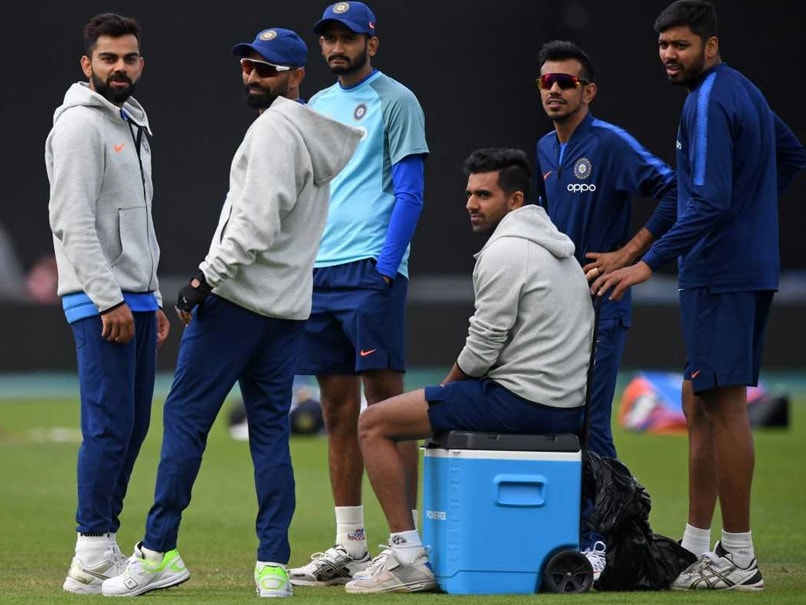 IND vs SA: Virat Kohli will lead India for the first time in a 50-over World Cup.© AFP

Virat Kohli-led India are all set to begin their World Cup 2019 campaign against a crisis-hit South Africa at The Rose Bowl, Southampton, on Wednesday. South Africa have suffered back-to-back defeats in the World Cup so far, against England and Bangladesh. In their third encounter, South Africa face a tough challenge in India as the two-time champions make a late entry into the ICC showpiece event, having observed the skills of all other participants. South African skipper Faf du Plessis might have to make some crucial changes in the playing XI ahead of the big match on Wednesday, while India would be fielding their best XI.

Opener Hashim Amla, who suffered a blow from a Jofra Archer bouncer in the World Cup opening match South Africa, missed South Africa's last match against Bangladesh that they lost by 21 runs in London on Sunday.

Amla has been declared fit for the India encounter and might replace David Miller in the playing XI.

Miller, who made his way into the team in place of rested Amla, failed to impress much with the willow against Bangladesh. He managed 38 runs off 43 balls, including two boundaries, in a tough chase of 331.

Fast bowler Lungi Ngidi started his World Cup campaign with three big wickets in the World Cup opener, but suffered injury in the next match. Ngidi remained wicket-less in his four-over spell and conceded 34 runs before limping off the field with a hamstring strain in the seventh over of the match.

With Dale Steyn ruled out of World Cup 2019 due to a shoulder injury, all-rounder Dwayne Pretorius remains the only sensible choice in place of Ngidi.

Pretorius played the first match but was dropped in the next after conceding 42 runs without a wicket and losing his wicket for one run.

India, on the other hand, are expected to go with a tried and tested playing XI with one of the two medium-pacers Bhuvneshwar Kumar and Mohammed Shami likely to be fielded.

Yorker specialist Jasprit Bumrah is not in doubt.

KL Rahul, who scored a century against Bangladesh in a World Cup warm-up match, is expected to bat at much talked about number four slot.

All-rounder Kedar Jadhav has also been declared fit and might bring an advantage with his unusual bowling action in the crucial tie.

India's wrist spinners Kuldeep Yadav and Yuzvendra Chahal are both fit and ready and have had dominated the Proteas before.

Faf du Plessis
Get the latest updates on ICC T20 Worldcup 2022 and CWG 2022 check out the Schedule, Live Score and Medals Tally. Like us on Facebook or follow us on Twitter for more sports updates. You can also download the NDTV Cricket app for Android or iOS.