South Africa and Bangladesh have played three matches against each other in the World Cup, out of which South Africa emerged victorious on two occasions compared to Bangladesh's one. 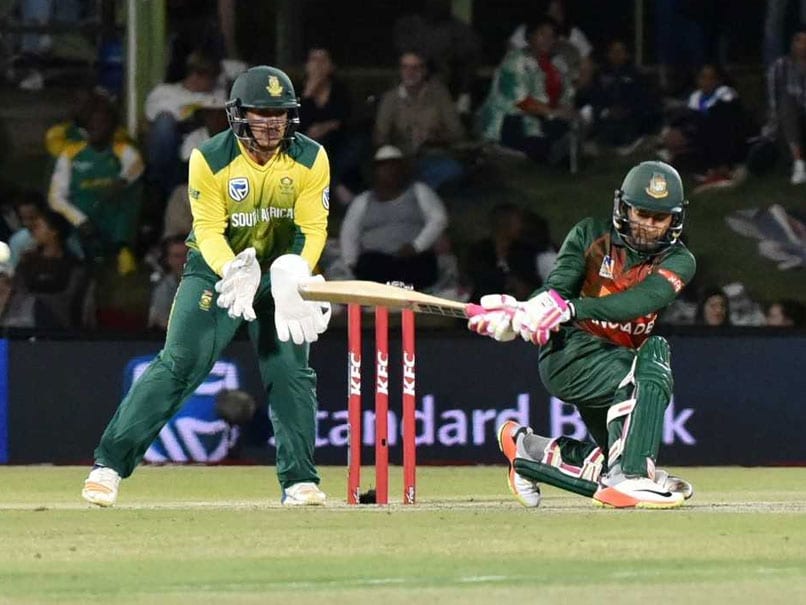 South Africa are just marginally ahead of Bangladesh in World Cup head to head stats.© AFP

Bangladesh knocked England out of the World Cup 2015 and they did the same to India in 2007 World Cup. So they are not weak opponents by any means and when South Africa meet them in their second match of World Cup 2019, they will be wary of that. The two sides have played three matches against each other in the World Cup, of which South Africa emerged victorious on two occasions compared to Bangladesh's one.

South Africa are just marginally ahead of Bangladesh in head to head stats. But we know things like rankings and stats all go for a toss in a tournament like World Cup and all that matters is match-day performance and Bangladesh have the potential to cause big upsets.

Bangladesh Cricket Team World Cup 2019 South Africa vs Bangladesh, Match 5 Cricket
Get the latest updates on ICC T20 Worldcup 2022 and CWG 2022 check out the Schedule, Live Score and Medals Tally. Like us on Facebook or follow us on Twitter for more sports updates. You can also download the NDTV Cricket app for Android or iOS.