"My Fans, I Love You All": Shoaib Malik Retires From ODI Cricket After Pakistan's World Cup 2019 Exit 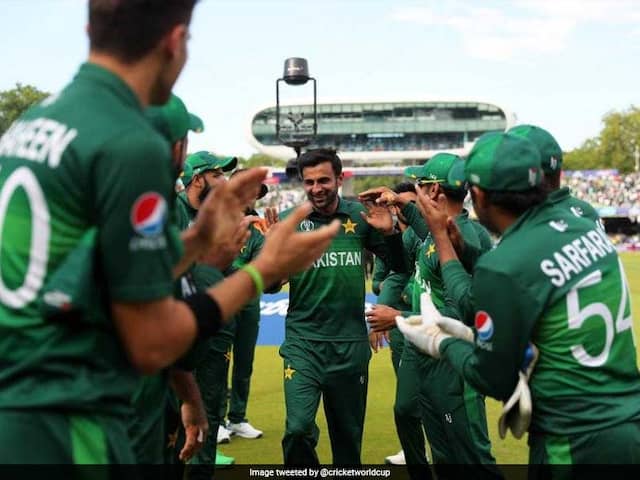 Shoaib Malik has announced his retirement from One-Day International (ODI) cricket after Pakistan failed to qualify for the World 2019 semi-finals but the all-rounder will continue to ply his trade in the Twenty20 format. Pakistan ended their World Cup 2019 campaign on a winning note after defeating Bangladesh by 94 runs at Lord's on Friday. Shoaib Malik played three matches in the showpiece event. After Pakistan's heavy defeat to arch-rivals, India, the 37-year-old Shoaib Malik was heavily criticised and was later dropped from the side for the remainder of the tournament. Shoaib Malik represented Pakistan in 287 One-day Internationals (ODIs) and scored 7534 runs at an average of 34.55. The right-handed batsman also featured in 35 Test matches and scored three hundreds for his country.

Today I retire from One Day International cricket. Huge Thank you to all the players I have played with, coaches I have trained under, family, friends, media, and sponsors. Most importantly my fans, I love you all#PakistanZindabad pic.twitter.com/zlYvhNk8n0

"As I mentioned in my previous interviews that I am going to retire right after the World Cup and today was our last game. I am retiring from ODI cricket. I had decided a few years ago to retire on last Pakistan World Cup match. I am sad that I'll be leaving the format of cricket, I once loved but happy that I will have more time to spend with my family. This will also allow me to focus on T20s," said an emotional Shoaib Malik at the post-match press conference.

Shoaib Malik also thanked his teammates, coaches, his family, Pakistan Cricket Board (PCB) but "most importantly my fans, who I love you all".

Shoaib Malik "I am retiring from ODIs" #Cricket #cwc19 pic.twitter.com/F2MSVYdFBq

After Pakistan's thumping win against Bangladesh, ICC tweeted the news of Malik's retirement from ODIs. He scored nine hundreds and 44 half-centuries. Also, throughout his long career Malik was used as a wicket-taker in the middle phase of the innings and he picked up 158 scalps in 287 outings.

Shoaib Malik has retired from ODI cricket. What a career he's had #PAKvBAN | #CWC19 pic.twitter.com/DJqc0w4YrO

In Pakistan's last encounter at World Cup 2019, Malik was again missing from the playing XI. Pakistan decided to field the same team that beat Afghanistan. After winning the toss, Sarfaraz Ahmed elected to bat. Pakistan, needing to smash the world record for margin of victory in a one-day international, scored 315 for nine in their 50 overs at Lord's with Imam-ul-Haq's fine century and a fluent knock of 96 from Babar Azam. As soon as Bangladesh, already eliminated from the 10-team competition, reached eight runs in their innings, Pakistan were mathematically out of contention.

Shoaib Malik Cricket Pakistan vs Bangladesh, Match 43
Get the latest Cricket news, check out the India cricket schedule, Cricket live score . Like us on Facebook or follow us on Twitter for more sports updates. You can also download the NDTV Cricket app for Android or iOS.