Pakistan have never beaten India in six World Cup matches dating back to 1992. 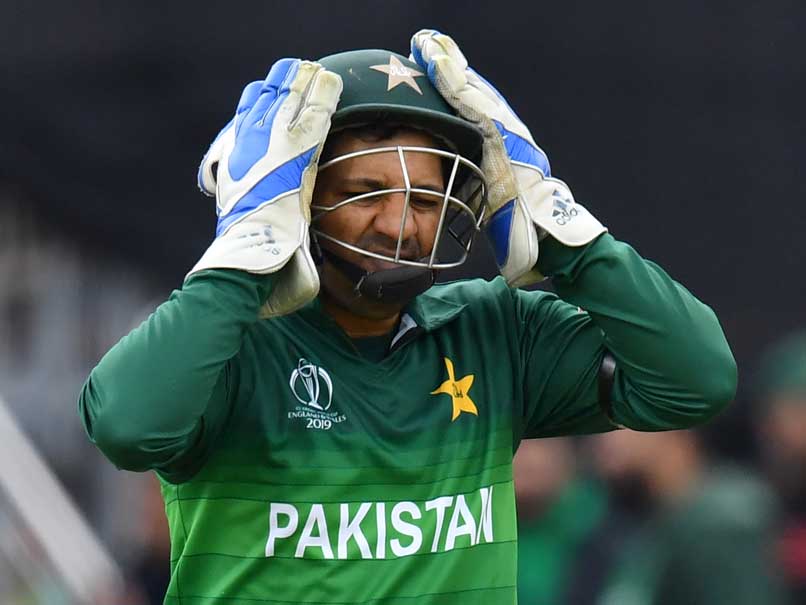 Sarfaraz Ahmed said Pakistan require to raise their fielding standards ahead of a crucial World Cup match against arch-rivals India at Old Trafford on Sunday. Pakistan once again produced some sloppy out-cricket in a 41-run group stage defeat to champions Australia at Taunton on Wednesday, dropping three catches amid other misfields. "We need to improve because if we want to beat bigger teams like Australia and India then all three aspects of the game are crucial," said Sarfaraz.

"Definitely I think the fielding needs improvement -- the fielding is not up to the mark," the wicket-keeper admitted.

"We work together again, and work hard before the India match."

Pakistan have never beaten India in six World Cup matches dating back to 1992.

Pakistan could have derailed Australia at the start, after Sarfaraz won the toss and opted to field first.

But first slip Asif Ali dropped Aaron Finch off paceman Wahab Riaz when the Australian skipper was on 26 with the total at 67.

Sarfaraz said Pakistan had made too many mistakes of their own in a match where they were dismissed for 266 in 45.4 overs.

They now have three points from four games, with two defeats, one win -- a surprise success over tournament hosts and favourites England -- and a no-result.

"We won a good toss but didn't bowl well in the first 30 overs."

Sarfaraz added a rapid collapse that saw three wickets lost for 11 runs as Pakistan slumped to 147/5 had also proved costly.

"I think losing three wickets in the space of 15 balls was the turning point.

"Babar (Azam, who made 30 including seven fours) was playing well and his was a soft dismissal."

Mohammad Hafeez also fell when well set, for 46, when he hit a Finch full toss straight to deep square leg.

"The ball which Mohammad Hafeez got out to was a loose one -- it should have gone over the fence," said Sarfaraz.

"We have to overcome our mistakes because India are also a very strong team. We will assess our performance and then we will plan."

Sarfaraz Ahmed World Cup 2019 Cricket Australia vs Pakistan, Match 17 India vs Pakistan, Match 22
Get the latest updates on ICC T20 Worldcup 2022 and CWG 2022 check out the Schedule, Live Score and Medals Tally. Like us on Facebook or follow us on Twitter for more sports updates. You can also download the NDTV Cricket app for Android or iOS.