India's batting coach Sanjay Bangar hinted that Ravindra Jadeja might be included in the playing XI for the game against Bangladesh on Tuesday. 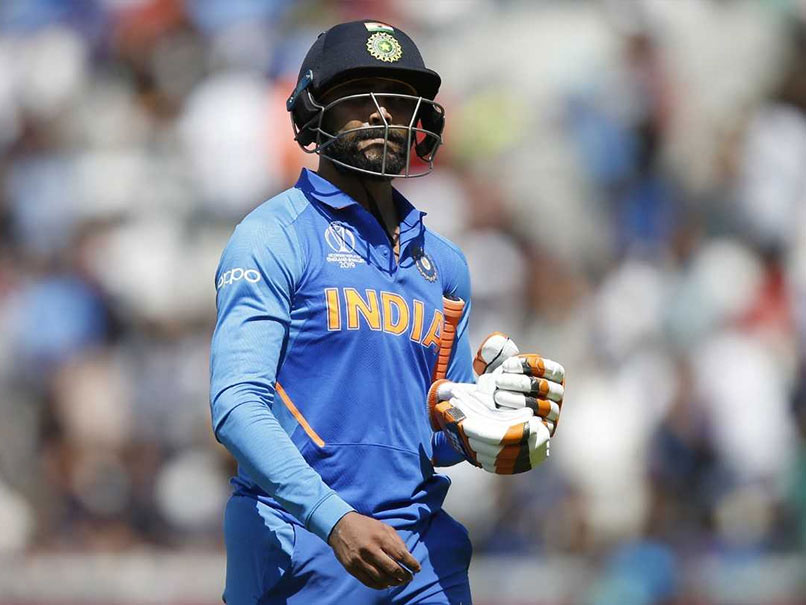 Ravindra Jadeja is yet to play a game in the World Cup 2019.© AFP

India lost to England in Birmingham on Sunday by 31 runs. After the defeat, Team India's batting coach Sanjay Bangar hinted thatthe team might field Ravindra Jadeja in the next game against Bangladesh, which will be played at the same venue on Tuesday. However, former India batsman Sanjay Manjrekar opined that he is not too keen to see a "bits and pieces" player in the playing XI. "I am not a big fan of bits and pieces players which Jadeja is at this point of his career in 50-over cricket. In Test matches, he is a pure bowler. But in 50-over cricket, I would rather have a batsman and a spinner," Manjrekar was quoted as saying by IANS.

After the defeat, former India captain MS Dhoni has been heavily criticised on social media for his approach in the game. Manjrekar defended Dhoni and said that Team India shouldn't depend on one individual to get them over the line every time.

"India should be looking at others, and not just Dhoni, to win them matches. The likes of K.L. Rahul should also be asked as to why he is getting out after getting a start and not finishing with big scores. I love Dhoni best when he bats like he did in the warm-up games where he scored 30 off 30 balls and then the late flourish came. The team management should tell him to keep up with a run-a-ball kind of start and then see how it goes. If it is 12/2, then I can understand that Dhoni's experience comes in. But once he is in at around 22-25 overs, that should be the endeavour," explained Manjrekar.

Another injury has struck Team India as Vijay Shankar has been ruled out of the World Cup with a toe injury and Mayank Agarwal is being flown in as a replacement. Manjrekar felt the opener would give India more options in the batting line-up as compared to all-rounder Shankar.

"With due respect to Vijay Shankar, you have to feel for him, but I am delighted thatMayank Agarwal is in this team now as an option as he is a class player. He made his Test debut in Australia and impressed," he pointed out.

Asked if injuries were a cause of concern as Shikhar Dhawan was earlier ruled out, the former cricketer felt otherwise.

"India haven't actually had too many injuries. Look at the fast bowlers, England have had injury issues with their strike bowler Jofra Archer. But look at Jasprit Bumrah and Mohammed Shami, touchwood they are both fit. Bhuvneshwar Kumar will get fit shortly. I don't think that injury is an issue," he said.

While the loss to England came as a jolt for the Indian team, Manjrekar believes that India hold the edge against Bangladesh, whom they play on Tuesday.

"India should beat Bangladesh as they are the stronger side and they have won five games and lost just one. The conditions at Edgbaston were suited to the English style of play and India also lost an important toss.

"So, when England got 300, chasing it wasn't easy and it was one of those days when the little weakness that India have (middle order batting) was tested to the limits," Manjrekar concluded.

Ravindra Jadeja Sanjay Manjrekar World Cup 2019 Cricket
Get the latest updates on Fifa Worldcup 2022 and check out  Fifa World Cup Schedule, Stats and Live Cricket Score. Like us on Facebook or follow us on Twitter for more sports updates. You can also download the NDTV Cricket app for Android or iOS.