New Zealand won a nail-biter against the West Indies in Manchester on Saturday to stay unbeaten in World Cup 2019. 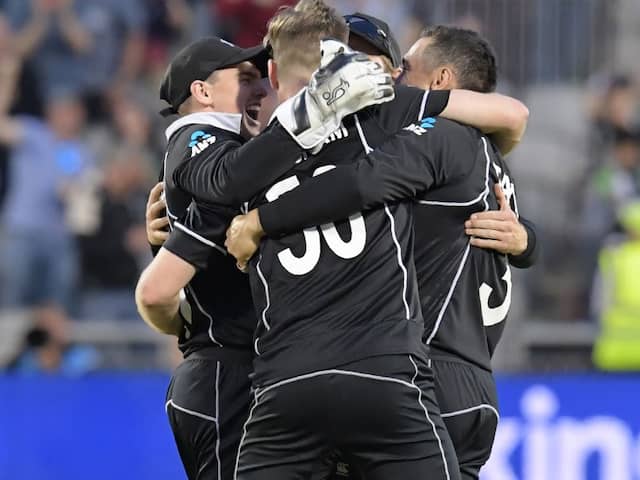 Former captain Brendon McCullum says New Zealand have the firepower to win the World Cup for the first time in their history. The Black Caps won a nail-biter against the West Indies in Manchester on Saturday to stay unbeaten at the 50-over tournament in England and Wales. New Zealand, often labelled as underdogs, reached their first World Cup final in 2015 under McCullum after six semi-final appearances, only to lose to Australia in Melbourne.

Kane Williamson's side are almost certain of a place in the 2019 semi-finals already, sitting top of the 10-team table with five wins and a no result from six matches.

"Some people say underdogs but probably they don't see New Zealand play that often. Broadcast-wise they are not seen as often as some of the other teams and hence they are out of sight out of mind thing," McCullum told AFP.

"The World Cup historically for New Zealand has always been very, very good. I think we are second in most wins behind Australia in World Cup matches."

The cricketer-turned-commentator said his former side were gaining in confidence after a fine start and would peak for the semi-finals.

Williamson, who replaced McCullum as captain in all three formats of the game after the veteran batsman's retirement in 2016, has led by example at the World Cup with his elegant batting.

He produced another masterclass against the West Indies at Old Trafford, scoring 148 -- his second successive century -- as New Zealand scraped home by five runs.

McCullum said, "He is a magnificent player, turned into a fine leader. He is definitely more of an elegant type of cricketer. He is almost surgeon-like.

"He is among the most consistent players around we talk about. (Joe) Root and (Virat) Kohli and Steve Smith, all of them are quite similar. They are very much batsmen rather than power-hitters."

McCullum believes the teams currently occupying the top four slots in the 10-team table -- New Zealand, Australia, India and England -- are likely to reach next month's semi-finals, though he believes all the teams have vulnerabilities.

"I think the weather didn't help but the back end of this tournament hopefully we will see some really exciting cricket and clear skies," said McCullum.

"To me it's fair to say you are probably looking at England, India, Australia and New Zealand (in the semi-finals).

"Whoever is able to seize that big moment when it does arise? I'm sure New Zealand will be confident they can."