During the 40th over of India's batting, MS Dhoni stopped Bangladesh bowler Sabbir Rahman midway and asked him to remove a fielder who was standing in the middle of no where. 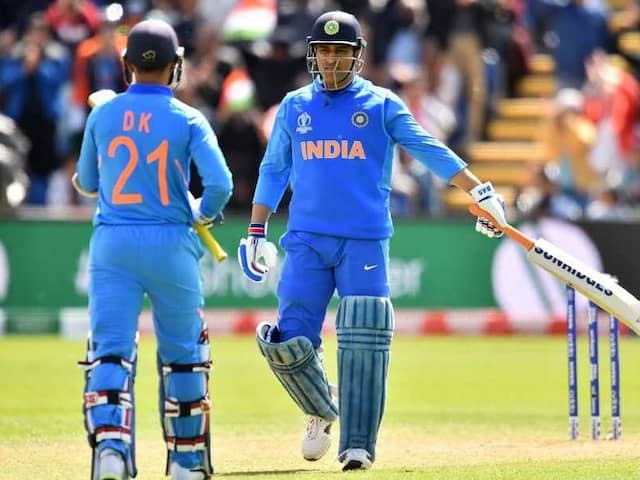 MS Dhoni played a destructive knock as he smashed 113 off 78 balls.© AFP

MS Dhoni played a destructive knock as he smashed 113 off 78 balls during India's second World Cup 2019 warm-up match against Bangladesh at Sophia Gardens in Cardiff on Tuesday. During his scintillating knock, MS Dhoni did something that no other batsman had done before. During the 40th over of India's batting, the former skipper stopped Bangladesh bowler Sabbir Rahman midway and asked him to remove a fielder who was standing in the middle of no where. To everyone's surprise, the bowler actually followed MS Dhoni's instructions. According to the commentators, the Bangladesh fielder was standing at an awkward position and that is why MS Dhoni wanted him to move.

RT abhymurarka: In yesterday's warm-up match, Dhoni stopped bowler Sabbir Rahman and advised him to move his fielder from wid-wicket to square leg in the 40th over. The bowler agreed.
That's the level of involvement he brings to his game.#Captain pic.twitter.com/qfIrWns6OK

As far as the match is concerned, chasing 360 to win, Bangladesh began solidly, with Liton Das and Soumya Sarkar rotating well to reach 49 with no loss, before Jasprit Bumrah (2/25) turned the screw.

Bumrah removed opener Soumya Sarkar on the fourth delivery of the ninth over and made it two in two when he stunned Shakib Al Hasan with a brilliant 141 kmph yorker.

India posted 359/7 in their final outing before the main tournament.

India will begin their campaign against South Africa on June 5 in Southampton.