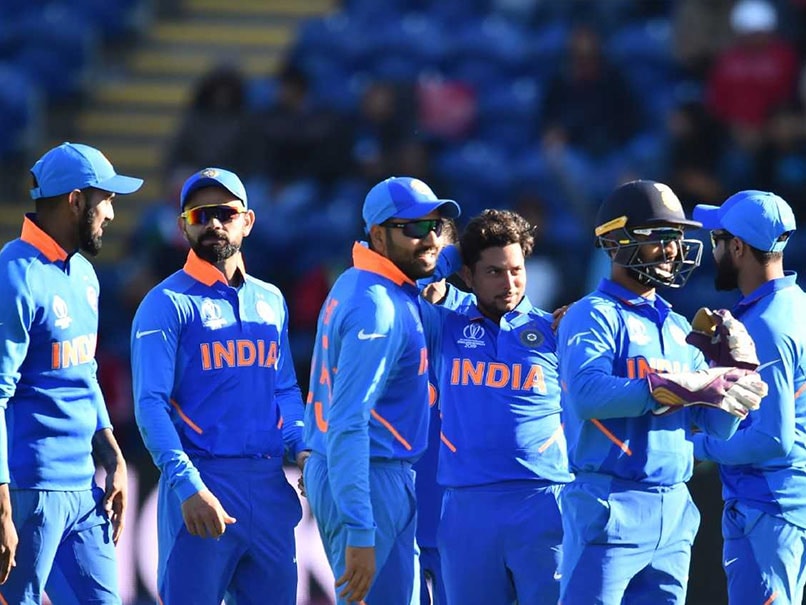 KL Rahul's stylish hundred at No. 4 and a throwback to Mahendra Singh Dhoni's days of yore were the big gains for India in their emphatic 95-run win over Bangladesh in the second World Cup warm-up game here Tuesday. Rahul (108 off 99 balls) took the attack back to the opposition after early dismissals while Dhoni's free-spirited approach also got him a century (113 off 78 balls) as their 164-run stand powered India to 359 for 7 against a Bangladesh attack that went off the boil.

If Rahul and Dhoni were the biggest positives to have emerged from batting, Kuldeep Yadav (3/47 in 10 overs) and Yuzvendra Chahal (3/55 in 10 overs) also gained in much-needed confidence going into the tournament proper.

It was a walk in the park for India, whose pacers Jasprit Bumrah, Mohammed Shamiand Bhuvneshwar Kumar bowled only 14 out of the 49.3 overs.

For skipper Virat Kohli and coach Ravi Shastri, the biggest satisfaction has to be Rahul's performance at No 4. His technique was perfect and the risk-free attacking batting as per Shastri's lingo was "just what the doctor ordered".

And what could make Rahul's case even stronger is the fact that Vijay Shankar had a forgettable game (2 off 7 balls and 0/46 in 6 overs) in both departments.

Rahul and Dhoni had contrasting approaches in their batting, which yielded favourable results for the title contenders. Dhoni used the platform created by Rahul to launch a brutal assault in the final overs to take the score past 350.

While Shikhar Dhawan (5) was back in the hut after being adjudged plumb in-front by Mustafizur Rahaman, Rohit Sharma (19 off 42 balls) struggled for the better part of his stay, even as skipper Kohli (47 off 46 balls) looked solid at the other end.

Rahul looked solid from the beginning and found the gaps with ease, hitting 12 boundaries and four sixes. Dhoni's innings had eight boundaries and as many as seven sixes.

With the composed Dhoni dealing with the singles and the occasional boundary, Rahul was in his flowing self during his stay at the crease.

However, after the first 25 balls in which Dhoni scored 24, he suddenly changed gears, attacking young off-spinner Mehidy Hasan Miraj and Bangladesh were left ducking for cover.

Rahul started with a cut off Abu Jayed followed by an off-drive. Jayed repeatedly provided him width and he beat the off-side cordon with ease. When Shakib bowled short, he was dispatched over the mid-wicket fence for a maximum.

The rusty Shakib (2/58 in 6 overs) was taken to the task by both Rahul and Dhoni, who got easy runs off the world's No. 1 ranked all-rounder.

Rahul hit Mustafizur (1/43 in 8 overs) for two sixes over square leg before being dismissed by Sabbir Rahaman's part-time spin in the 44th over.

Dhoni then took over and the last overs produced 91 runs with the veteran taking Rubel Hossain (2/62 in 8 overs) to the task in the 45th and 47th overs, scoring 25 runs.

In between, the 46th over from Sabbir fetched India 15 runs. His century came with a signature Dhoni six -- a down the ground shot off a length delivery from Jayed.

Sophia Gardens, Cardiff World Cup 2019 Cricket Bangladesh vs India, Match 10
Get the latest updates on Fifa Worldcup 2022 and check out  Fifa World Cup Schedule, Stats and Live Cricket Score. Like us on Facebook or follow us on Twitter for more sports updates. You can also download the NDTV Cricket app for Android or iOS.