MS Dhoni was sporting wicket-keeping gloves with what looked like a military insignia during the World Cup 2019 league match with South Africa on June 5. 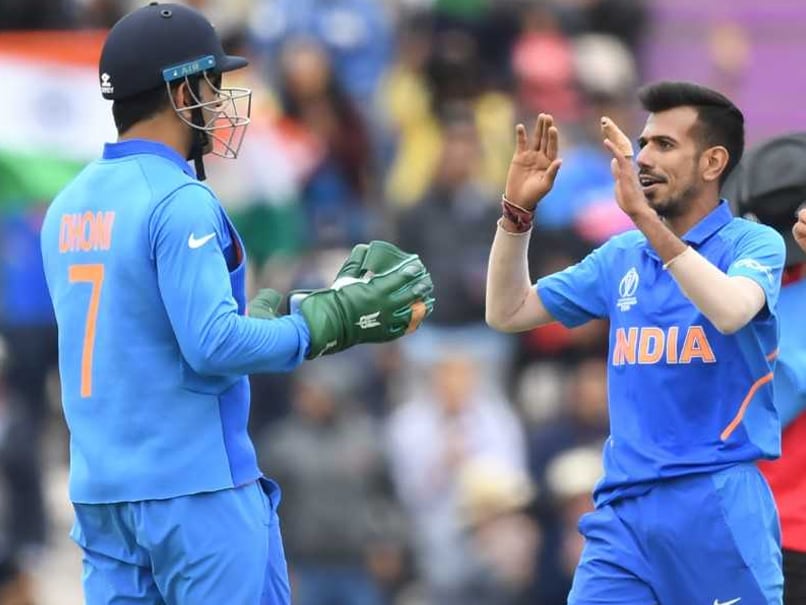 MS Dhoni is an Honorary Lieutenant Colonel in the Parachute Regiment of the Territorial Army.© AFP

MS Dhoni evoked quite a reaction on social media when he was seen donning wicket-keeping gloves with what looked like an army insignia during India's first World Cup 2019 league match with South Africa on June 5. A lot of people appreciated the gesture of MS Dhoni wearing the dagger insignia, but the International Cricket Council was not amused and asked Dhoni to remove them from his gloves. However, the Board of Control for Cricket in India (BCCI) has come to MS Dhoni's defence and stressed that he would not remove the insignia. BCCI Committee of Administrators (CoA) chief Vinod Rai told PTI that Dhoni would continue wearing the dagger insignia on his gloves as it was not a military symbol. Rai also said that the BCCI has sought the ICC's permission for it.

Vinod Rai,CoA on 'Balidaan' insignia on MS Dhoni's gloves: ICC rules say any insignia worn by any player shouldn't have any religious, military, or commercial significance. In this case the insignia has none of those connotations. So we're going to tell ICC it need not be removed pic.twitter.com/l8h7cQ6l3t

"The BCCI had already sent a formal request to the ICC for clearance. As per ICC regulations, players can't sport any commercial, religious or military logo. There was nothing commercial or religious in this regard as we all know," Rai told PTI over phone.

"And it is not the paramilitary regimental dagger that is embossed in his gloves. So Dhoni is not in breach of ICC regulations," he added.

His statement comes after the ICC "requested the BCCI" to ask Dhoni to remove the sign from the gloves, citing rules which forbid display of messages "which relate to political, religious or racial activities or causes."

Dhoni is an Honorary Lieutenant Colonel in the Parachute Regiment of the Territorial Army and dagger is part of their emblem.

The CoA chief's defence is based on the fact that the para-regimental dagger logo has word ''Balidan'' (sacrifice) inscribed on it, which is not the case with the logo sported by Dhoni.

The argument may not cut much ice with the ICC if it strictly goes by rules.

The CoA's intervention comes after there was social media criticism of the ICC's objections.

Asked how India would respond in case the ICC insists on the removal of the sign and sanctions Dhoni for defiance, Rai said, "I think there has been a request to get it removed and not an instruction.

"As far as we are concerned, the BCCI CEO (Rahul Johri) will be reaching there before the Australia game and will be speaking to the senior ICC officials."

MS Dhoni World Cup 2019 Cricket South Africa vs India, Match 8
Get the latest updates on ICC T20 Worldcup 2022 and CWG 2022 check out the Schedule, Live Score and Medals Tally. Like us on Facebook or follow us on Twitter for more sports updates. You can also download the NDTV Cricket app for Android or iOS.