MS Dhoni, Hardik Pandya Should Be Given License To Attack From Outset, Says Harbhajan Singh

MS Dhoni has won a lot of matches for Team India on his own, when he has coming higher up the batting order. 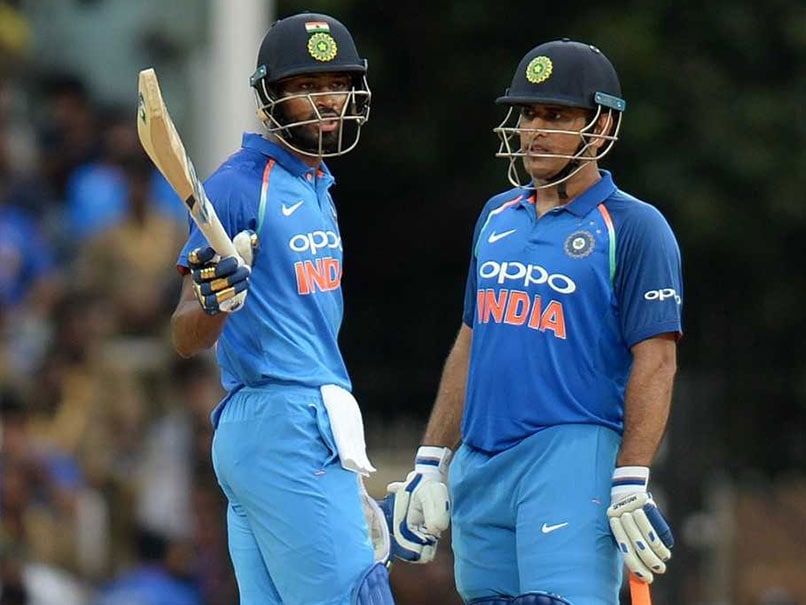 MS Dhoni and Hardik Pandya have the potential to win a match on their own.© AFP

MS Dhoni and Hardik Pandya have the potential to win a match on their own and should be given the license by the team management to attack from the word go in the World Cup 2019, believes Harbhajan Singh. The spinner, who was part of the 2011 World Cup-winning Indian team, further talking about his Chennai Super Kings (CSK) captain MS Dhoni said, he has played some of the best knocks while beginning the onslaught straightaway.

"I feel he is at his best when he hits from the onset. Some of his best innings have come when he started the onslaught straightaway. I feel the team management should give him and Hardik Pandya the licence to bat the way they want to. No restrictions, only go for the jugular at No 5,"Harbhajan told PTI.

For Harbahajan, top-order batsmen Shikhar Dhawan, Rohit Sharma, Virat Kohli and KL Rahul can build the innings, so Dhoni has the freedom to attack.

But what about his problems in the middle overs when spinners like Mitchell Santner or Nathan Lyon will be operational?

"That exactly is my point. The Dhoni of the old would hit a six off the second ball off any spinner and those are big sixes. He should and can still do it as I have seen at the CSK nets. Uske chhakkon mein bahot jaan hai (He still hits mighty sixes)," said the member of the victorious 2011 World Cup squad.

Harbhajan wants Dhoni to have the same intimidating presence that he and Virender Sehwag had some during their best years of international cricket.

"I can tell you how a bowler's mind works. Suppose I am bowling to Kevin Pietersen and Ian Bell in tandem, I would be more worried about KP than Bell. I could bowl a couple of dot balls to KP but he had the ability to take me on. Bell on the other hand would push for singles. Dhoni like KP can intimidate bowlers. He has that effect," said one of India's greatest spinners.

On the team front, Harbhajan said that there is a bit of worry about the number 4 and 6 slots going into the World Cup.

"I don't see anyone except for KL Rahul fitting into that No. 4 slot. So that's a bit of a worry and also No 6 slot where Kedar Jadhav will play. I hope that Jadhav gets fully fit before the South Africa game (June 5) as it is a very important slot," said the member of the two-time World championship winning team.

India will begin their World Cup campaign against South Africa on June 5.

MS Dhoni Hardik Pandya World Cup 2019 Cricket
Get the latest updates on Fifa Worldcup 2022 and check out  Fifa World Cup Schedule, Stats and Live Cricket Score. Like us on Facebook or follow us on Twitter for more sports updates. You can also download the NDTV Cricket app for Android or iOS.