VVS Laxman along with Sachin Tendulkar and Rahul Dravid have been the epitome of Test cricket. 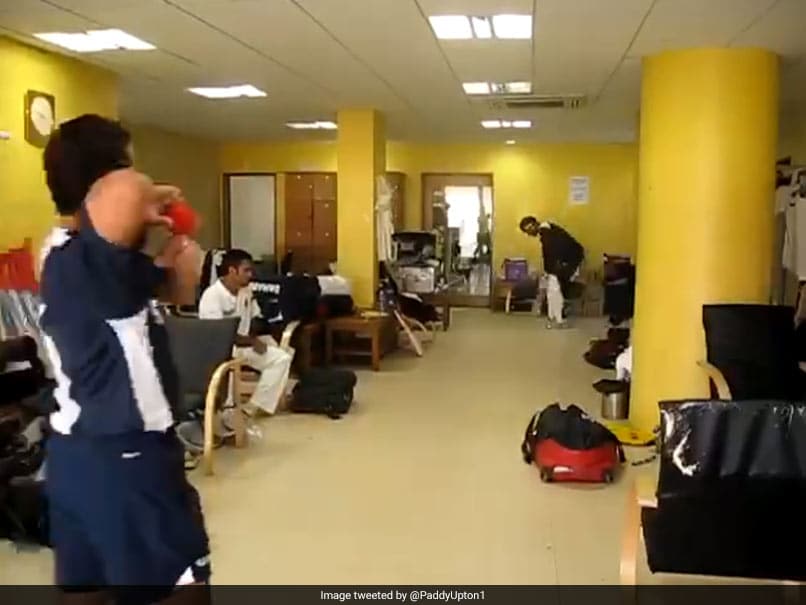 MS Dhoni's determination and grit helped him evolve as one of the finest cricketers.© Twitter

MS Dhoni's determination and grit helped him evolve as one of the finest cricketers to have donned the Indian jersey. In a throwback video, posted by former India mental conditioning coach Paddy Upton, the former India captain was seen closely observing Sachin Tendulkar giving bouncer practice to VVS Laxman during the India vs England Test series in 2008. Laxman left alone the first tennis-ball bouncer bowled by Tendulkar, while he ducked on the second delivery as Dhoni, stationed at his position, watched the indoor session unfold in Chennai change-room.

Throwback.. href="https://twitter.com/sachin_rt?ref_src=twsrc%5Etfw">@sachin_rt@VVSLaxman281 bouncer practice in the Chennai change-room during India vs England Test match (Dec, 2008), as @msdhoni watches on... pic.twitter.com/vAMXOcw30N

The practice, however, didn't prove to be of much help to Test specialist Laxman as he scored 37, 26, 0 and 15 in the two-match series, which hosts India won by a 1-0 margin.

The series came after India thrashed the touring English side 5-0 in seven-match One-Day International (ODI) series. The final two matches were called off without a ball being bowled due to rain.

Laxman, one of the greats of Test cricket, went on to score 8,781 from 134 matches at an average of nearly 46 in the longest format of the game. He made his last Test appearance in 2012 against Australia at Adelaide.

Cricket legend Tendulkar reached a milestone of 200 Tests, before calling time on his glorious career. He along side Laxman and Rahul Dravid had guided their national team to numerous victories in Tests and ODIs.

Tendulkar accumulated 15,921 in the longest format of the game at an average of 53.78, with the highest score of an unbeaten 248.