Men On The Moon So Why No Group-Stage Reserve Days: Bangladesh Coach Steve Rhodes

The umpires' decision left tournament chiefs with the unwanted record for the most number of abandoned games at a World Cup, surpassing the two each at the 1992 and 2003 editions. 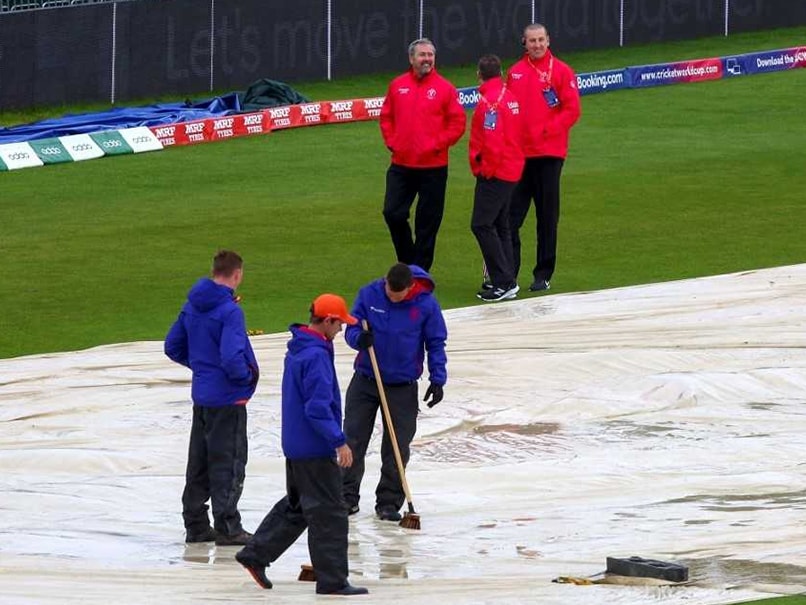 Bangladesh coach Steve Rhodes said that if men could land on the moon, the World Cup could include reserve days for group matches after the Tigers' fixture against Sri Lanka in Bristol was washed out completely on Tuesday.

The umpires' decision left tournament chiefs with the unwanted record for the most number of abandoned games at a World Cup, surpassing the two each at the 1992 and 2003 editions.

It was also the second successive World Cup match at Bristol abandoned without a ball bowled after Sri Lanka's game against Pakistan at southwest county Gloucestershire's headquarters on Friday went the same way.

Both Bangladesh and Sri Lanka took a point each a day after rain saw only 7.3 overs play in the match between South Africa and the West Indies in Southampton on Monday.

Although the International Cricket Council have scheduled reserve days for both semi-finals and the July 14 final at Lord's, there are now concerns rain could have a major bearing on which sides qualify for the last four.

- 'Headache' -
Former England wicket-keeper Rhodes, asked if he would have included reserve days in the 10-team round-robin phase, replied: "Yeah, I would.

"If you know the English weather, sadly, we're going to get a lot of rain.

"But we have got quite a lot of time in between games, and if we have got to travel a day later, then so be it," said Rhodes, whose Bangladesh team next play the West Indies in Taunton on June 17.

"We put men on the moon, so why can't we have a reserve day, when actually this tournament is a long tournament?"

Sri Lanka captain Dimuth Karunaratne endorsed Rhodes's comments by saying: "It is not easy, but I feel if they can have a reserve day, it will be good for everyone."

Rain has also been forecast for Wednesday's match between Australia and Pakistan in Taunton.

Australia failed to qualify for the semi-finals of the 2017 Champions Trophy in England following their rained-off matches against New Zealand and Bangladesh, before they lost to England on the Duckworth/Lewis method for weather-interrupted fixtures.

"It's important that you get early wins on the board because you don't want to be on the wrong end of a couple of washouts that might leave you just outside that top four," said Australia captain Aaron Finch in Taunton on Tuesday.

Only one of three World Cup matches scheduled to take place in Bristol produced any play, champions Australia launching their title defence with a seven-wicket victory over outsiders Afghanistan.

"It's massively gutting. These are things that are four-and-a-half years in the making, Gloucestershire chief executive Will Brown told AFP.

"It's massively sad for the fans."

Brown, asked how much the two abandonments would cost Gloucestershire financially, added: "Our catering around the ground will definitely have taken a hit.

Meanwhile an ICC spokeswoman, in a statement issued to AFP said: "In our agreement with each host venue of the ICC Men's Cricket World Cup 2019 they received a hosting fee for their matches, which is confidential.

"Unfortunately, the weather is out of our control, however Cricket World Cup has rain insurance, which guarantees that all fans will be refunded due to no play, as is the case in Bristol."

County Ground, Bristol World Cup 2019 Bangladesh vs Sri Lanka, Match 16 Cricket
Get the latest updates on IPL Auction 2023 and check out  IPL 2023 and Live Cricket Score. Like us on Facebook or follow us on Twitter for more sports updates. You can also download the NDTV Cricket app for Android or iOS.