Finch has been anxiously eyeing the forecast to see if Australia could be the next victims when they face Pakistan at Taunton on Wednesday. 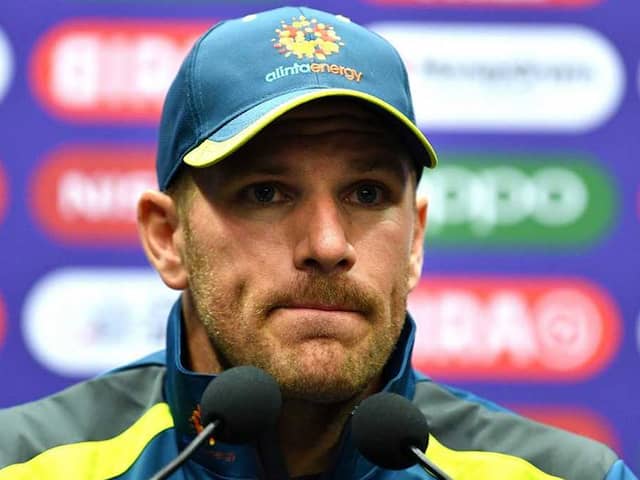 Finch has been anxiously eyeing the weather forecast.© AFP

Australia skipper Aaron Finch on Tuesday said he is hopeful that his team does not become the latest victims of the persistent bad weather in England. Australia will play Pakistan in a massive World Cup 2019 contest on Wednesday. But there is a forecast of rain in the Taunton area and the match could see some interruptions. Already, three no-results have been witnessed so far with World Cup 2019 becoming the World Cup with most abandoned games. Sri Lanka's clash with Bangladesh was abandoned without a single ball bowled on Tuesday while matches between Pakistan vs Sri Lanka and South Africa vs West Indies provided no results owing to washouts.

Finch has been anxiously eyeing the forecast to see if Australia could be the next victims when they face Pakistan at Taunton on Wednesday. He conceded luck with the weather could play a role in who makes the semi-finals from the 10-team group stage.

"I think it (weather) might play a huge part in the next few days," Finch told reporters on Tuesday.

"Next week it starts fine and looks good across the country for the remainder of the tournament.

"So it's important that you get early wins on the board because you don't want to be on the wrong end of a couple of washouts that might leave you just outside that top four."

Australia failed to qualify for the semi-finals of the 2017 Champions Trophy in England following their rained-off matches against New Zealand and Bangladesh before they lost to England on D/L method.

If the match does get underway, Finch expects unpredictable Pakistan to provide a stern test.

They lost to the West Indies by seven wickets in their opening match, but shocked tournament favourites England with a fine performance.

"I think Pakistan are obviously a very dangerous side," Finch said of Pakistan, who have only won one of their last 14 matches against Australia.

"We've seen consistently throughout, especially ICC tournaments, that they win a lot of games and they get themselves in a position to win the tournament.

"They had a great Champions Trophy. So regardless of what kind of form Pakistan go in with, they're always incredibly dangerous."

Pakistan survived a defeat against India in their opening game of the 2017 Champions Trophy before crushing their arch rivals in the final, leaving Finch a firm admirer of several of their players.

"They've got some world-class players. Obviously Babar (Azam) is in great touch batting at No. 3 and holding their batting together," Finn said.

"(Mohammad) Amir coming back and he looks to be back to his best. He's swinging the ball again. Wahab (Riaz) has been fast and aggressive. Shadab (Khan) is a great bowler.

Aaron Finch World Cup 2019
Get the latest Cricket news, check out the India cricket schedule, Cricket live score . Like us on Facebook or follow us on Twitter for more sports updates. You can also download the NDTV Cricket app for Android or iOS.