Kedar Jadhav can be crucial with the bat and ball for Team India. 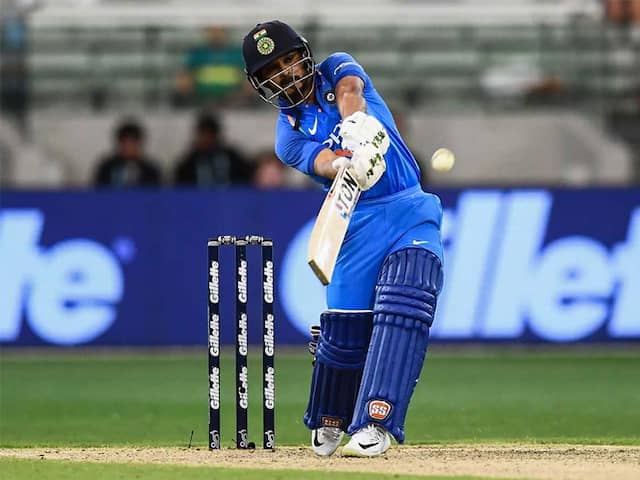 Kedar Jadhav has been declared fit for the World Cup 2019.© AFP

All-rounder Kedar Jadhav has been declared fit for the World Cup 2019, brushing aside all the speculations hovering around his availability for the marquee tournament. Kedar Jadhav had hurt his left shoulder while fielding for Chennai Super Kings (CSK) in the Indian Premier League (IPL) 2019 match against Kings XI Punjab (KXIP). The injury saw him being ruled out from the remainder of the IPL 2019, which came as a precautionary measure from the Board of Control For Cricket in India (BCCI).

Singham Kedar has been declared fit and will travel to England for the #CWC2019! After the dramatic shoulder injury sustained while fielding in the last league game of IPL, KJ has recovered just in time to join the #MenInBlue! To many many crucial runs and wickets! #WhistlePodu pic.twitter.com/r9guGEu6nx

Jadhav's recovery will be an added boost for India as he can contribute crucial runs in the middle order and bowl through the middle overs, picking up crucial wickets.

According to reports, Team India will board the flight to London for the World Cup 2019 on May 22, ahead of their warm-up match against New Zealand on 25th.

Jadhav didn't bowl a lot in IPL unlike he does for India and it has been learnt that his dodgy hamstring is one of the reasons for that as an aggravation could have affected his World Cup chances.

He hurt his shoulder while diving near the boundary ropes to save an overthrow in the 14th over bowled by Dwayne Bravo who failed to collect the throw from Ravindra Jadeja.

Jadhav was seen wincing in pain after the dive and walked over the boundary ropes to be attended to by CSK physio Tommy Simsek. He did not take field for the rest of the innings with Murali Vijay coming in as the substitute.

Kedar Jadhav World Cup 2019 Cricket
Get the latest Cricket news, check out the India cricket schedule, Cricket live score . Like us on Facebook or follow us on Twitter for more sports updates. You can also download the NDTV Cricket app for Android or iOS.