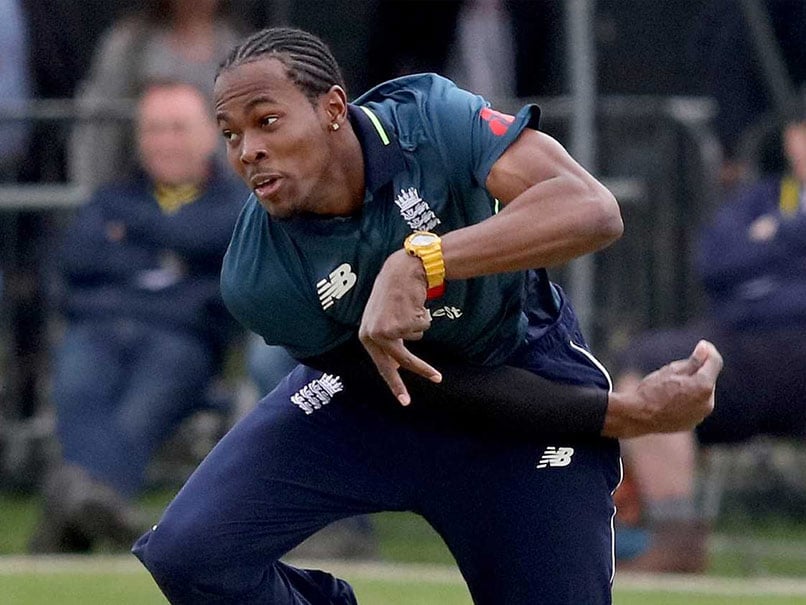 Jofra Archer broke into England's World Cup 2019 squad on Tuesday leaving the social media abuzz. His domestic teams -- Rajasthan Royals, Sussex and Hobart Hurricanes -- decided to celebrate his England call-up but ended up trolling each other. The three club teams were involved in a hilarious tug of war that left Twitteratis in splits. Jofra Archer's Indian Premier League (IPL) franchise, Rajasthan Royals, tweeted, saying, "Our pace machine is heading to the @icc #CWC19!". English county club Sussex were quick to react, coming up with an epic troll "Your' pace machine...?".

The social media banter was then taken to another level by Archer's Big Bash League (BBL) side Hobart Hurricanes, who poked fun at the two sides, tweeting a laughing emoticon.

Jofra Archer, however, joined in the banter only to make sure his teams did not go too far with it.

Thanks to Archer's intervention at the right moment, the banter concluded with Sussex and Rajasthan Royals tweeting a picture in which all the three teams were seen together.

The banter went down well with the Twitteratis, some of them calling it a "goat" (greatest of all time) thread, while others referred to it as hilarious.

Archer, who will be making his maiden appearance in the World Cup, made a name for himself following his prolific performances at club cricket in England, India and Australia.

The Barbados-born fast bowler has a decent economy rate of 4.90 and will be looking to leave his mark at the mega event.

Rajasthan Royals Jofra Archer World Cup 2019 Cricket
Get the latest updates on Fifa Worldcup 2022 and check out  Fifa World Cup Schedule, Stats and Live Cricket Score. Like us on Facebook or follow us on Twitter for more sports updates. You can also download the NDTV Cricket app for Android or iOS.