Jasprit Bumrah was named player of the match in India's last league encounter against Afghanistan. 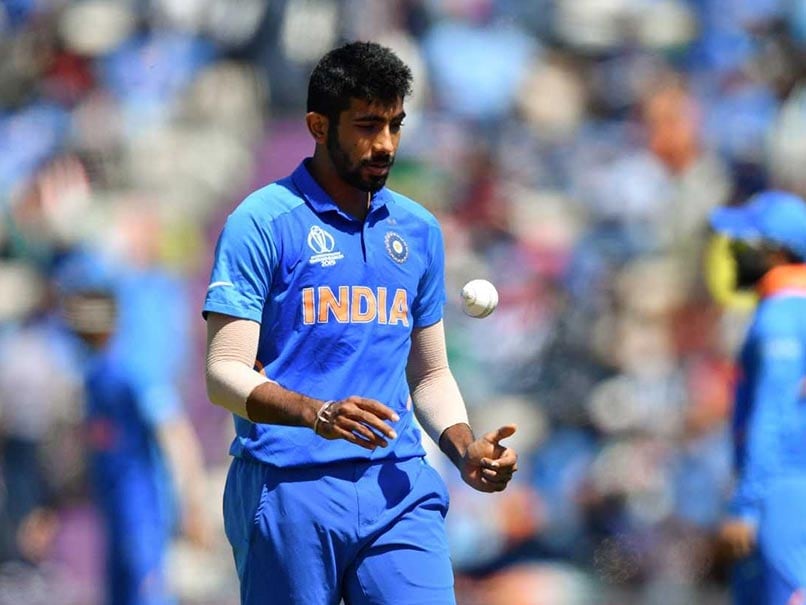 Jasprit Bumrah's amazing skill-set gives India a realistic chance of winning the World Cup, reckons former Australia captain Michael Clarke. Jasprit Bumrah has been Virat Kohli's go-to man for the last couple of years across all formats. With his unusual action, he has managed to deceive the best of batsmen at the international stage. Even in a close match against Afghanistan, it was Bumrah who put a lid on the scoring and got India out of jail. Clarke believes that Bumrah can win India the World Cup with his bowling.

"As a captain, probably, you need someone like him (Bumrah) to throw the ball to when you need wickets. He can open the bowling, bowl that 35th over when nothing is happening or bowl those last four overs at the death, which can win India a World Cup final," Clarke was quoted as saying by PTI.

Further emphasising about Bumrah's quality with the ball, Clarke elucidated that there is nothing that Bumrah cannot do.

"I think there is nothing that he (Bumrah) doesn't have. He is fit and healthy. I hope he stays that way as he would play a big part in India's success in this World Cup. With the brand new ball, he can swing and seam it. When the ball is doing nothing in the middle overs, he has the extra pace to trouble batsmen.

"He can bowl close to 150 clicks and then at the death, he bowls those yorkers as good as anyone else. And if there is reverse swing, he is a genius," Clarke added.

Clarke further lavished praise on Team India's combination and their decision to go with Kuldeep Yadav and Yuzvendra Chahal, despite conditions favouring the seam bowlers.

"India is a very skilful team and I think they have made the right decision in going in with two wrist spinners. That's the aggressive approach and that probably made the difference with two-wicket taking bowlers in those middle overs," said Clarke.

However, the 25-year-old Bumrah will face quite a challenge from Australia, especially David Warner, who has already scored 447 runs in six games with two hundreds.

"I did expect an exceptional performance from David because he is an exceptional player. He is a freak. He is the X-factor in this team. If Australia go on to win the World Cup, David Warner will be the highest run-getter in my opinion," opined Clarke.

Warner was roundly criticised for his slow batting against India but that is the approach which is now giving Australia a real chance against a lot of other teams.

"ODI is different from T20s and it has taken him a bit of time to get back into ODI format. He has been patient at the start of his innings. People are saying David Warner is not at his best. But he has had two scores of 150. That shows how good a player he is and he is now a leading run-scorer in the tournament," Clarke concluded.

Jasprit Bumrah World Cup 2019 Cricket
Get the latest updates on ICC T20 Worldcup 2022, check out the Schedule and Live Score. Like us on Facebook or follow us on Twitter for more sports updates. You can also download the NDTV Cricket app for Android or iOS.