West Indies are languishing in eighth spot in the 10-team table with just three points as the group stage nears its conclusion. 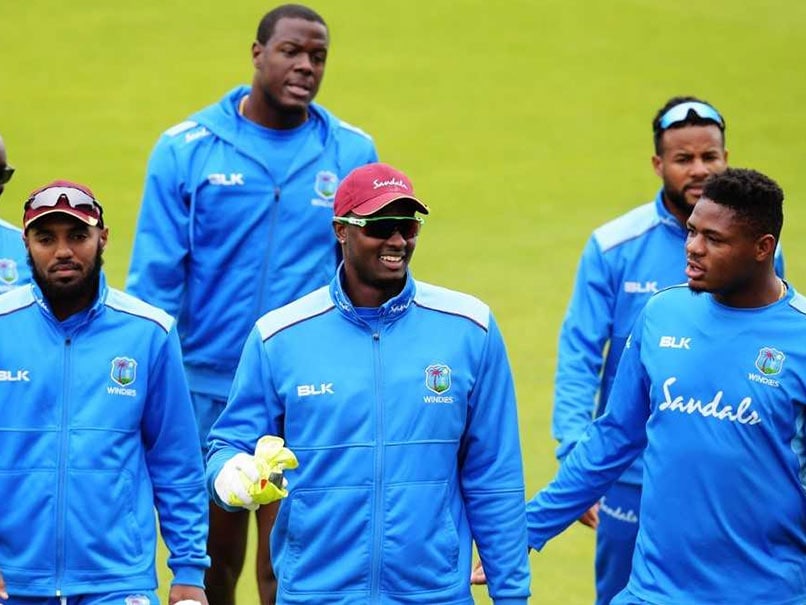 West Indies captain Jason Holder says he is proud of his players but wants them to put everything together in a "perfect" World Cup performance against India. The two-time champions opened their campaign with a convincing victory against Pakistan but have not won since and, barring an unlikely sequence of results, will be heading home after the group phase. Batsmen Shai Hope, Shimron Hetmyer, Nicholas Pooran and Carlos Brathwaite have shown glimpses of what they can offer but have failed to win games for the team. Brathwaite hit his maiden one-day international century in West Indies' ultimately fruitless chase of a target of 292 against New Zealand on Saturday.

Holder urged his team to show fight on Thursday against Virat Kohli's unbeaten side, who look certain to reach the semi-finals.

"We've shown glimpses here and there of what we can produce. And as a side we just haven't brought it together collectively more often than not," Holder said at Old Trafford on Wednesday.

"And it's hurt us in games before. So tomorrow is another opportunity for us to bring it all together and play a perfect game."

The West Indies' World Cup hopes were hit by injuries to Evin Lewis and Andre Russell, who has been replaced by Sunil Ambris in the squad, but Holder said the batsmen should step up despite the problems.

"Injuries have definitely plagued us. But I've been proud of them so far. I think for them it's just a matter for them to grasp batting on the international circuit," said Holder.

"And I think Shai has done a reasonable job so far. Hety (Hetmyer) has shown glimpses of brilliance, as well as Nicholas. It's up to them to take it deeper. They've got to be the rock and soul for our team.

"And they've got to set up games and learn to close them out. And a guy who has done that over the tournament is (New Zealand captain) Kane Williamson."

West Indies are languishing in eighth spot in the 10-team table with just three points as the group stage nears its conclusion.

"In terms of the squad, I think everybody's upbeat for the occasion. Playing India is always a big game for West Indies, and we're looking forward to it," said Holder.

"First we need to finish the campaign as best as we can. And our objective is to win all three games."

Jason Holder World Cup 2019 Cricket West Indies vs India, Match 34
Get the latest updates on T20 World Cup, check out the T20 World Cup Schedule and Live Score . Like us on Facebook or follow us on Twitter for more sports updates. You can also download the NDTV Cricket app for Android or iOS.