Team India enjoyed their day off by watching a Bollywood movie ahead of their clash against New Zealand on Thursday. 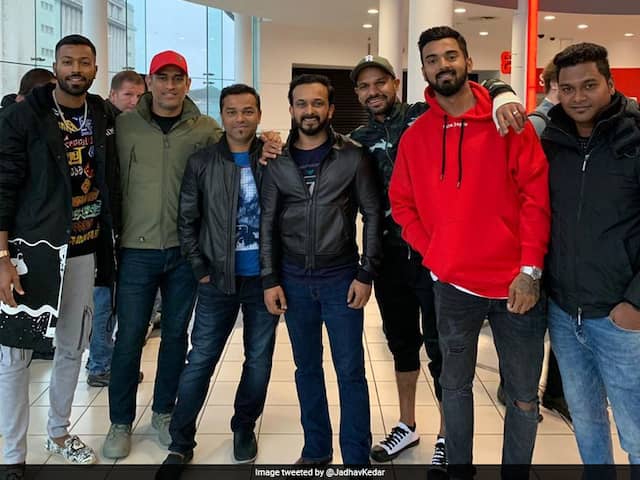 Despite having a busy schedule for the 2019 World Cup in England, the Indian cricket team took out time to watch superstar Salman Khan starrer "Bharat". India will lock horns with New Zealand in their next fixture at the World Cup in Nottingham on Thursday. Cricketer Kedar Jadhav shared a photograph of the "Bharat team" -- M.S. Dhoni, Hardik Pandya, Shikhar Dhawan and K.L. Rahul.

Following the thumbs up from the Indian cricket team, an overwhelmed Salman took to Twitter and thanked them for watching the movie.

"Thank you 'Bharat' team for liking 'Bharat'... shukriya bhaiyon for watching 'Bharat' in England... Best wishes for the upcoming matches. Pura 'Bharat' apke sath hai (The entire country is with you)," Salman tweeted.

"Bharat" is an adaptation of the Korean film "An Ode To My Father". Directed by Ali Abbas Zafar, it also features actresses Katrina Kaif and Disha Patani. The film surpassed the Rs 100 crore mark at the Indian box office on the fourth day of release itself.

Kedar Jadhav Cricket World Cup 2019
Get the latest Cricket news, check out the India cricket schedule, Cricket live score . Like us on Facebook or follow us on Twitter for more sports updates. You can also download the NDTV Cricket app for Android or iOS.