Shoaib Akhtar was very critical of the Pakistan team which suffered a big loss to India in their World Cup 2019 league match in Manchester on Sunday. 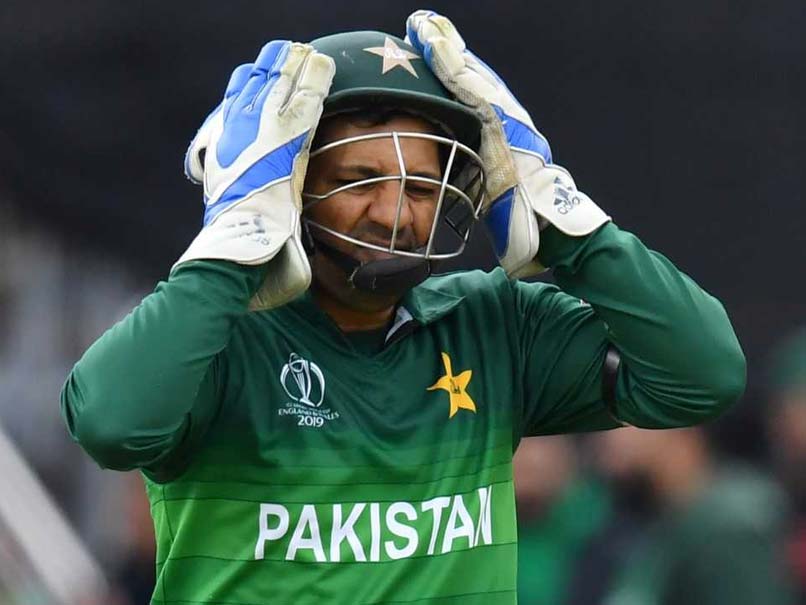 Sarfaraz Ahmed opted to bowl against India after winning the toss on Sunday.© AFP

Former Pakistani fast-bowler Shoaib Akhtar has criticised the Pakistan team for their poor show against arch-rivals India in the World Cup 2019 encounter. Riding on a hundred by the vice-captain Rohit Sharma and half centuries from Virat Kohli and KL Rahul,India beat Pakistan by 89 runs. Shoaib was critical of Pakistan captain, Sarfaraz Ahmed and called him 'brainless' while explaining the outcome of the match that took place in Manchester on Sunday. Sarfaraz won the toss and sent India to bat first in the crucial game and the decision back-fired, giving Pakistan their third loss of World Cup 2019.

In a video shared on his own YouTube channel, Shoaib marked out that Sarfaraz made similar sorts of mistakes that Kohli made during the 2017 Champions Trophy final.

"Like Virat Kohli sent Pakistan to bat on a good batting surface in Champions Trophy, Sarfaraz made the same mistake today. How can someone be so brainless as a captain? He didn't even think that we are not good at chasing down targets and opted to field first after winning the toss," Akhtar said in the video.

The former fast-bowler further mentioned that Pakistan had won half the battle when the toss went in their favour. However, Sarfaraz tried hard to lose the match.

"When you've won the toss, you already had the upper hand in the game but you (Sarfaraz) tried hard to lose the game. Yet again brainless captaincy, brainless management, at the same time there was no thinking behind the scenes," Akhtar added.

The 43-year-old former Pakistan spearhead further elucidated that had Pakistan opted to bat first and put even 260 on the board, they would have been in the game. "If Pakistan had scored 260 batting first on that wicket, the scoreboard pressure could've played an important role and Pakistan might have ended up on the other side of the result," he said.

With the loss against India, Pakistan are now in a situation where they have to winevery game and that too with a big margin to better their net run-rate and to stand any chance of advancing to the knockout stages of the tournament.

Sarfaraz Ahmed World Cup 2019 India vs Pakistan, Match 22 Cricket
Get the latest updates on ICC T20 Worldcup 2022 and CWG 2022 check out the Schedule, Live Score and Medals Tally. Like us on Facebook or follow us on Twitter for more sports updates. You can also download the NDTV Cricket app for Android or iOS.