India vs Pakistan: Sarfaraz Ahmed Admits It Has Become Tougher For Pakistan After Crushing Loss To India

Pakistan were not able to make use of the overcast conditions and allowed the Indian openers to score freely, leaving India to pile up a big 336/5 which Pakistan failed to chase down. 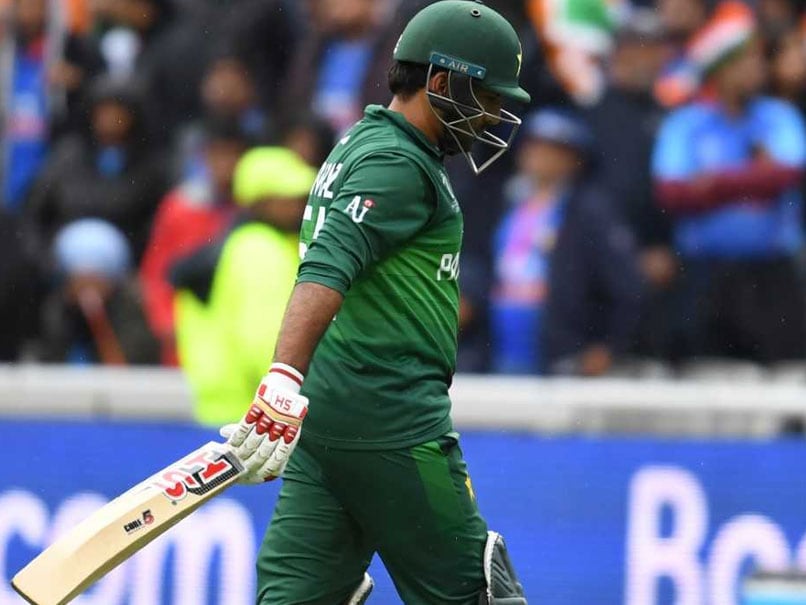 After suffering a crushing 89-run defeat at the hands of their arch-rivals India, Pakistan skipper Sarfaraz Ahmed on Sunday said that things are getting tougher with his side losing three games out of their five outings. India thumped Pakistan in yet another World Cup clash, at Old Trafford, Manchester, after the DLS method came into play in a rain-affected game. The sum total of the defeat was that Pakistan are now just a spot above minnows Afghanistan with just three points to their name.

Sarfaraz Ahmed, however, is still hopeful of coming back into the tournament and winning all the remaining matches to seal their berth in semi-finals. Pakistan will play against South Africa (June 23), New Zealand (June 26), Afghanistan (June 29) and Bangladesh (July 5) in their remaining games.

"It is definitely getting tougher and tougher but we have four matches and hopefully we'll win all four of them," said Sarfaraz Ahmed at the post-match presentation ceremony.

Putting India to bat, Pakistan were not able to make use of the overcast conditions and allowed the Indian openers to score freely. Their bowlers were not up to the mark, barring Mohammed Amir, and allowed India to score a big 336/5 which Pakistan failed to chase down.

During their chase of 337, Pakistan lost opener Imam-ul-Haq quickly. However, Fakhar Zaman (62) and Babar Azam (48) stitched together a 104-run partnership and kept them in the hunt. However, Kuldeep Yadav scalped both their wickets and dented Pakistan's chase.

Then Pakistan lost the wickets of Mohammad Hafeez and Shoaib Malik in quick succession and were down and out of the game.

"We were going really well with the bat as well, but we lost two-three quick wickets in the middle which is when we lost the match," Sarfaraz Ahmed said.

Old Trafford, Manchester World Cup 2019 India vs Pakistan, Match 22 Cricket
Get the latest updates on ICC T20 Worldcup 2022 and CWG 2022 check out the Schedule, Live Score and Medals Tally. Like us on Facebook or follow us on Twitter for more sports updates. You can also download the NDTV Cricket app for Android or iOS.