India and New Zealand didn't play each other in the league stage as the match in Nottingham was abandoned without toss due to rain. 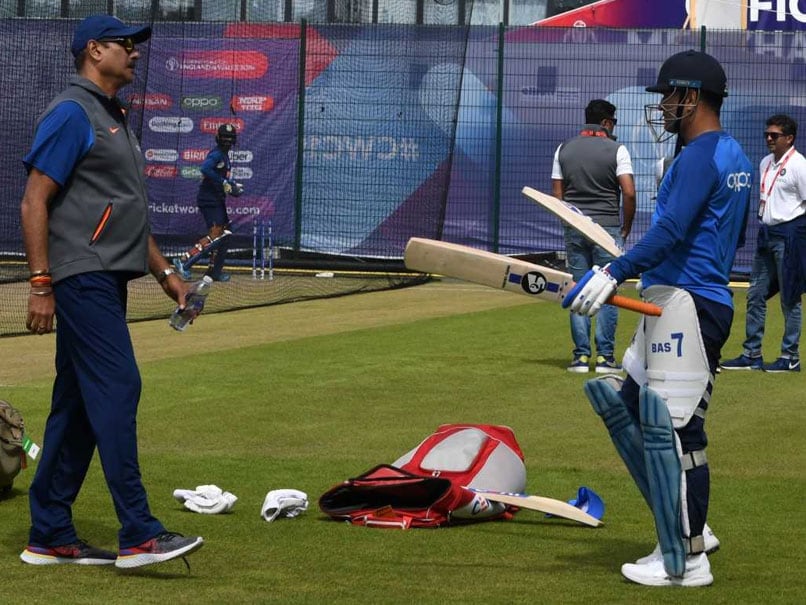 India finished the league stage on the top of the points table with seven wins.© AFP

India and New Zealand will face off in the first semi-final of the World Cup 2019 at Old Trafford in Manchester on Tuesday. The two teams didn't play each other in the league stage of the 10-team round-robin tournament as the match in Nottingham was abandoned due to rain. Under the captaincy of Virat Kohli, India finished the league stage on the top of the points table with seven wins in nine matches. Kane Williamson-led New Zealand, on the other hand, finished fourth to seal a semi-final berth with a better net run rate than equally placed Pakistan.

Old Trafford, which saw India beat Pakistan and the West Indies in league stage, might witness some rain in the first semi-final. Even though the sky is expected to be cloudy throughout the day, a no-result is a remote possibility.

In case of a washout, the match will resume on the reserve day on Wednesday.

There are indications that India will include Yuzvendra Chahal in the playing XI after resting him for their last league stage match against Sri Lanka on Saturday.

The question remains about who will be dropped when Chahal returns. Kuldeep Yadav, the other wrist spinner in the squad, hasn't been impressive. There could well be a situation that Kuldeep is left out and Jadeja kept in the XI.

Bhuvneshwar Kumar, who replaced Mohammed Shami in the last match, is also expected to play as India's formula of five bowlers worked well for them at Headingley.

For New Zealand, opener Henry Nicholls has failed to impress much with the willow. After being replaced with Colin Munro, he managed scored of zero and eight in his last two matches.

Munro, who lost his wicket for 12, zero and nine before being dropped, is expected to make a comeback.

Colin Munro World Cup 2019 Cricket India vs New Zealand, 1st Semi Final
Get the latest updates on ICC Women's Cricket World Cup 2022 and IPL 2022, check out the Schedule , Live Score and IPL Points Table. Like us on Facebook or follow us on Twitter for more sports updates. You can also download the NDTV Cricket app for Android or iOS.