The decision has been taken after consultation with the local authorities, the England and Wales Cricket Board (ECB) has informed the BCCI. 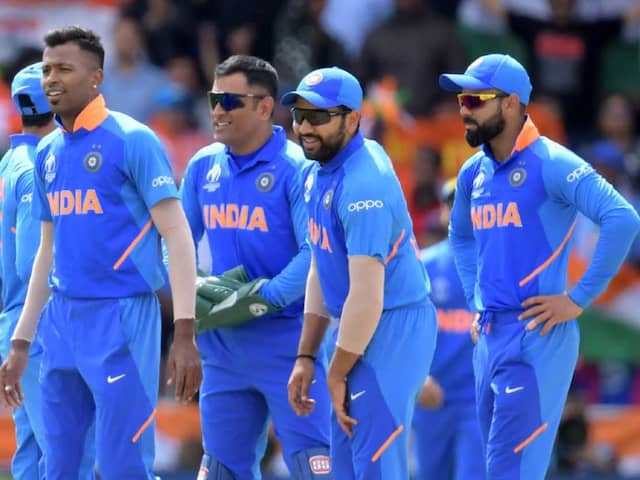 India finished the league stage on the top of the points table with seven wins.© AFP

The Old Trafford stadium has been made a "No Fly Zone" for India's semifinal clash against New Zealand in Manchester on Tuesday, an action prompted by a private plane displaying anti-India banners during the team's league encounter against Sri Lanka in Headingley. The decision has been taken after consultation with the local authorities, the England and Wales Cricket Board (ECB) has informed the BCCI. "We had clearly stated about the breach of security and also raised concerns about the security of our players. Accordingly, ECB has sent a confirmation to CEO Rahul Johri that Old Trafford air space has been turned into a "No Fly Zone" for the day," a BCCI official, privy to the development, told PTI on condition of anonymity.

On Saturday, an unnamed private aircraft flew from Bradford zone over the Headingley airspace with anti-India banners on a number of occasions during the India-Sri Lanka match.

This left ICC embarrassed as it was the second such breach of security after another aircraft flew with the banner "Justice For Balochistan" during the game between Afghanistan and Pakistan.

A number of fans were evicted after a brawl inside the stadium premises, which is believed to have been triggered by the banner's display.

Despite assurances from West Yorkshire Police that such political slogans will not be allowed as they violate ICC's code, there was no significant action which forced the global body to express disappointment.

It is learnt that there is no restriction on private aircrafts being hired for publicity purpose. Bradford is a Pakistani-dominated region.