All eyes will be on the sky as India prepare to take on New Zealand in their third World Cup 2019 league encounter. 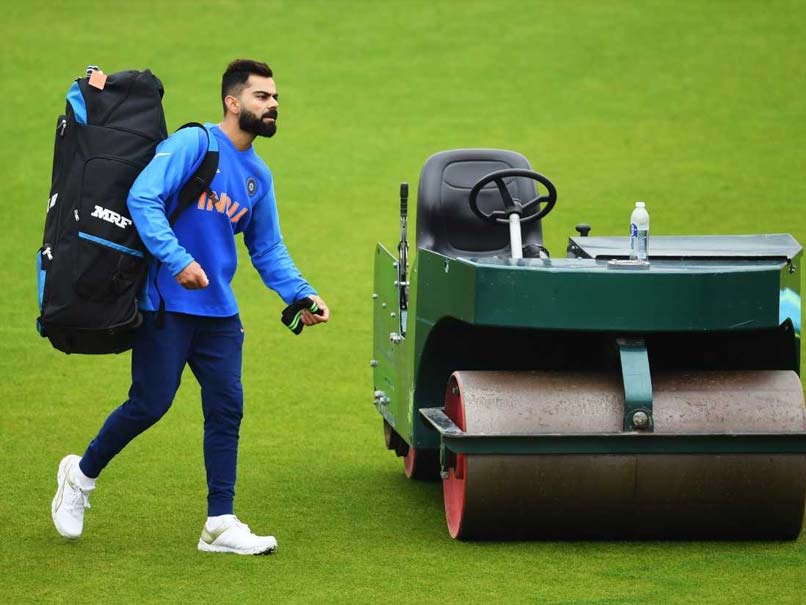 Virat Kohli and his team came out for a practice session at Trent Bridge on Wednesday.© AFP

The India vs New Zealand World Cup 2019 match at Trent Bridge, Nottingham, on Thursday was abandoned as continuous rain played spoilsport and ended up another match being called off without a ball being bowled. India, under the captaincy of Virat Kohli, will look to carry their winning momentum when they face New Zealand, who too have been unbeaten at the World Cup 2019 so far. However, rain might come in the way of success. With the match starting time, 10:30 AM local (3 PM IST), light rain was predicted with 12 degrees Celsius temperature. Light rain was expected to intervene at regular intervals, until 7 PM local time (11:30 PM IST) and the sky is predicted to be remain cloudy thereafter.

The rain has not been heavy over the last couple of days, but annoying enough to cause regular interruptions in the game.

On Wednesday, Virat Kohli and his team came out for a practice session at Trent Bridge despite adverse weather conditions.

"Despite the cold, India trained hard yesterday ahead of today's huge clash with New Zealand. Will #TeamIndia come out on top, or do you #BACKTHEBLACKCAPS to bring home the win?" Cricket World Cup said in a tweet.

Despite the cold, India trained hard yesterday ahead of today's huge clash with New Zealand.

Will #TeamIndia come out on top, or do you #BACKTHEBLACKCAPS to bring home the win?#CWC19 pic.twitter.com/l6i1vfXkTI

Despite an injury to India opener Shikhar Dhawan, India are still the favourites against New Zealand. India assistant coach Sanjay Bangar confirmed on Wednesday that No. 4 batsman KL Rahul will be promoted to bat at the top of the order in the forthcoming matches.

The decision to open with Rahul leaves the No.4 spot up for grabs and Bangar said there were various options the team could utilise.

"We do not want to rule out a precious player like Shikhar. As far as batting order goes, KL (Rahul) moves top of the order and there are various options the team can utilise going into the next game," Bangar said ahead of Thursday's match.

However, all the eyes would be on the rain that has forced three washouts in the tournament so far.

New Zealand Cricket Team World Cup 2019 Cricket India vs New Zealand, Match 18
Get the latest updates on T20 World Cup, check out the T20 World Cup Schedule and Live Score . Like us on Facebook or follow us on Twitter for more sports updates. You can also download the NDTV Cricket app for Android or iOS.