Mohammed Shami also claimed the wicket of centurion Jonny Bairstow in the India vs England World Cup 2019 match in Birmingham. 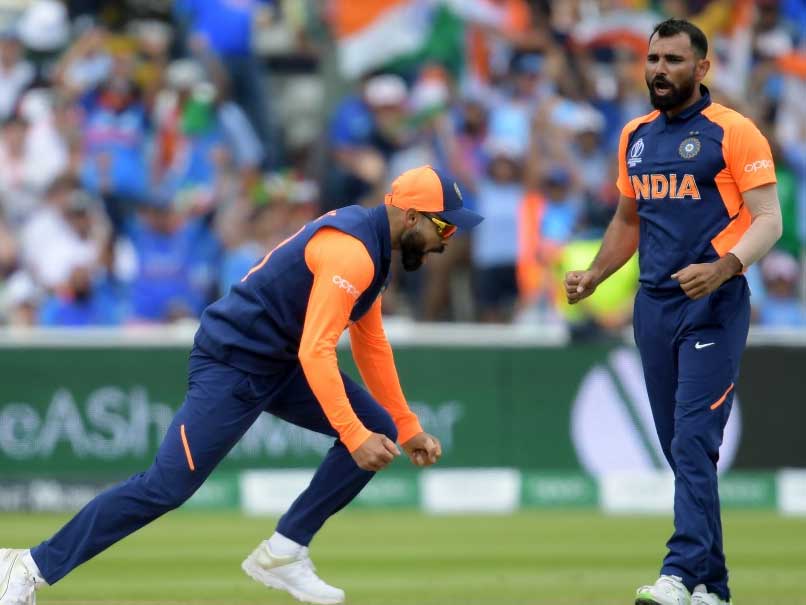 Mohammed Shami was the pick of the bowlers for India, taking his maiden five-wicket haul in One-Day International (ODI) cricket in the India vs England World Cup 2019 match in Birmingham on Sunday.Despite being a touch expensive, Mohammed Shami dismissed England's centurion Jonny Bairstow, Joe Root, skipper Eoin Morgan, Jos Buttler and Chris Woakes to help India keep England from scoring over 350 runs. Mohammed Shami's five-wicket haul comes after he claimed four wickets each in the previous two matches, which included a World Cup hat-trick. He finished with the figures of 5/69 as England posted 337/7 in 50 overs at Edgbaston. He has picked a total of 13 wickets from three matches at the World Cup 2019 thus far.

The World Cup 2019 has been fruitful for Shami, even though he was preferred in India's playing XI after his fellow new ball bowlers Jasprit Bumrah and Bhuvneshwar Kumar.

Shami had claimed a hat-trick in his final over in the World Cup 2019 against Afghanistan.

The 28-year-old pacer became the first bowler in the 2019 edition of the ICC showpiece event and only the second Indian after Chetan Sharma to claim a hat-trick in a World Cup match.

Shami missed India's first four matches, only managing to get into the side after an injury to Bhuvneshwar Kumar.

Jonny Bairstow World Cup 2019 Cricket
Get the latest updates on SA vs IND 2021-22, check out the Schedule and Live Score . Like us on Facebook or follow us on Twitter for more sports updates. You can also download the NDTV Cricket app for Android or iOS.