England will face India in a must-win match on Sunday and Joe Root expects emotions to run high during the game. 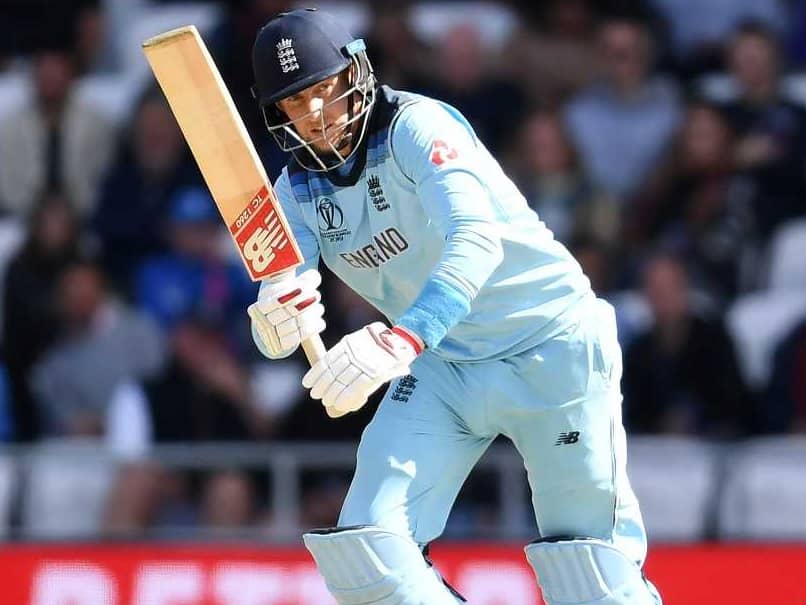 World Cup 2019 hosts England, who at one stage were sitting comfortably at the top of the points table, now find themselves in a tricky situation after two consecutive defeats against Sri Lanka and Australia. They now need to win both their remaining league matches in any hope to advance to the knockout stage of the tournament. To keep their semi-finals hopes alive, England will face India in a must-win match on Sunday and Joe Root expects emotions to run high during the game.

Asked about how England would approach their next two matches, Joe Root said, "I personally think we have to be very calm about how we approach the next couple of games because the games themselves might get quite emotional, especially with the atmosphere at Edgbaston".

A heavy defeat by Australia at Lord's on Tuesday was England's third loss of the tournament and leaves their hopes of reaching the knockout stage in the balance.

"We believe we're still more than capable of qualifying for the semi-finals and when that happens, it doesn't really matter how you got there because that's when the tournament really starts to kick in," he added.

England are in fourth place in the 10-team table but are now just one point ahead of Bangladesh and Pakistan and two clear of Sri Lanka. The top four sides qualify for the semi-finals.

"We'll see these two games as quarter-finals if you like, which in a way when it comes round to the knockout stage should serve you well.

"You're going to have to win big games at some stage in the tournament if you're going to go on and win it, so it may be that ours have come just a little bit sooner than we anticipated."

When they walk out at Edgbaston this weekend, swathes of fans from Birmingham's big British Asian community will be backing India, heaping the pressure on the home side.

England hope that opener Jason Roy, who has been badly missed in his three-game absence, will return from a hamstring injury in time to play at Edgbaston while they also have fitness concerns over bowlers Jofra Archer and Adil Rashid.

Rashid was pragmatic over the prospect of a hostile crowd, at the same ground where his close friend Moeen Ali was booed during an India game in 2014.

"People will enjoy themselves, have some fun and banter," he said. "We will not be fazed by that.

"It is disappointing sometimes, but it happened. The crowd get involved but it does not bother us. We played India last summer at Edgbaston and we enjoyed it and did our job."

Winning their last two group games would secure a semi-final spot but seeing off both India and New Zealand would require a sharp improvement from a side who have lost their way since starting the campaign as clear favourites.

Joe Root
Get the latest updates on IPL 2020, check out the IPL Schedule for 2020 and Indian Premier League (IPL) Cricket live score . Like us on Facebook or follow us on Twitter for more sports updates. You can also download the NDTV Cricket app for Android or iOS.