World Cup 2019: Eoin Morgan Says England's "Fate Is In Our Own Hands" After Defeat To Australia

England remain fourth in the 10-team points table, just a single point ahead of Bangladesh and two clear of Sri Lanka. 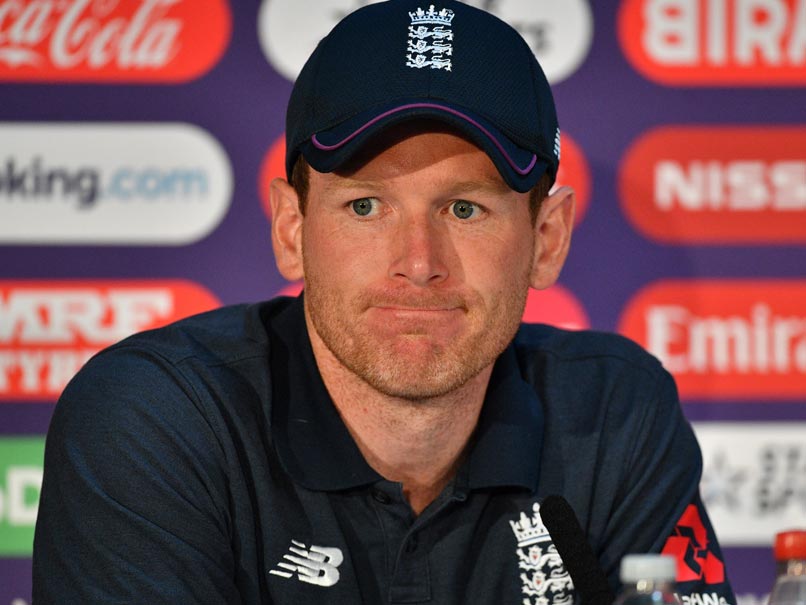 Eoin Morgan feels that England still have a "strong" chance of making it to the semi-finals.© AFP

England captain Eoin Morgan admitted that their fate is in their own hands and cleared the air that the side is not feeling any pressure of being favourites after suffering a crushing 64-run defeat at the hands of Australia at Lord's on Tuesday. He said that England can still make it to the semi-finals by winning their last two games in World Cup 2019. England will face India and New Zealand in their next encounters. Defending champions Australia sealed their place in semi-finals with a victory at Lord's.

Aaron Finch's team lost the toss but managed to score 285 for seven in their 50 overs, with man-of-the-match Finch top-scoring with 100.

England lost wickets at regular intervals in their reply and despite a battling 89 from Ben Stokes and were all out for 221 in the 45th over, 64 runs short of the target.

England remain fourth in the 10-team points table, just a single point ahead of Bangladesh and two clear of Sri Lanka. The top four qualify for the semi-finals.

"I thought for a lot of today we were outplayed," said England captain Eoin Morgan. "I thought we bowled well up front and were a little unlucky.

"They played and missed a lot. The wicket got a little better but it was still challenging. Losing early wickets was not ideal and we were not able contribute to a substantial partnership to win the game which is why we were outplayed.

"The wicket was soft when we first started. Winning the toss and batting would have been a horrific decision. Right throughout the first 25 overs they dominated and our bowlers pegged them back and did really well when it looked like they would score 340 or 350.

"Given the circumstances it is not hugely disappointing. Our fate is in our own hands."

"We're not feeling the pressure of being favourites," he added. "We are in charge of how we go from here on in. We win two games, we definitely go through. It's a matter of producing that performance in one, if not both of those."

Morgan said England's confidence had taken a knock after their third defeat of the tournament following previous losses to Pakistan and Sri Lanka.

Their last two matches are against powerful India and New Zealand.

"Confidence isn't where it was at the start of the tournament, simply because we started really, really well. It's a matter of rebuilding it, going back to our strengths and hopefully sticking to it," he told the BBC.

Finch was delighted after Australia became the first side to qualify for the semi-finals in World Cup 2019.

"You don't win the tournament if you don't reach the semis," said man-of-the-match Finch. "That's the first bit ticked off.

"England are a stand-out side, they are a team that can take you apart at stages. We found ways to keep getting wickets."

Lord's, London World Cup 2019 England vs Australia, Match 32 Cricket
Get the latest updates on T20 World Cup, check out the T20 World Cup Schedule and Live Score . Like us on Facebook or follow us on Twitter for more sports updates. You can also download the NDTV Cricket app for Android or iOS.