MS Dhoni will be one of the players to watch as India make an effort to snare the World Cup 2019. They have a crucial league match with Australia on Sunday. 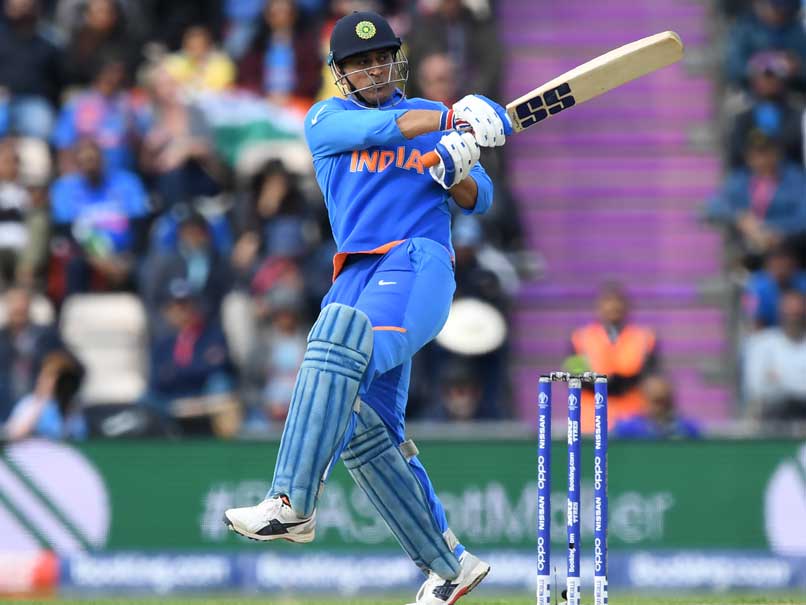 MS Dhoni is never too far away from the limelight. For a player who normally doesn't say much, he has the ability to grab the focus in any event. In the World Cup 2019, he began with setting the field for Bangladesh in the practice game - while batting! Then, his wicket-keeping gloves were in focus as the army-like insignia on it created much talk on social media and among the cricketing authorities. But apart from all of this, MS Dhoni's presence behind the stumps and his contribution to the Indian cause with the bat is worth its weight in gold.

MS Dhoni had the most dramatic One-day International (ODI) debut, against Bangladesh at Chittagong on December 23, 2004. He was run out for a duck after facing just one ball.

But that is now a distant dream as MS Dhoni's formidable record tells us.

His contribution behind the stumps is equally formidable. Dhoni has 314 catches and 121 stumpings to his credit.

MS Dhoni is surely playing his last World Cup, having had the honour being the second India skipper after Kapil Dev to lift the coveted World Cup trophy in 2011.

The veteran would surely be looking at signing off with a flourish, which can only mean good things for India in World Cup 2019.

The Oval, London
Get the latest updates on ICC T20 Worldcup 2022 and CWG 2022 check out the Schedule, Live Score and Medals Tally. Like us on Facebook or follow us on Twitter for more sports updates. You can also download the NDTV Cricket app for Android or iOS.