India To Sport Orange And Blue "Away" Jersey Against England

India will wear an orange and blue "away" jersey when they meet England in their World Cup 2019 league encounter. 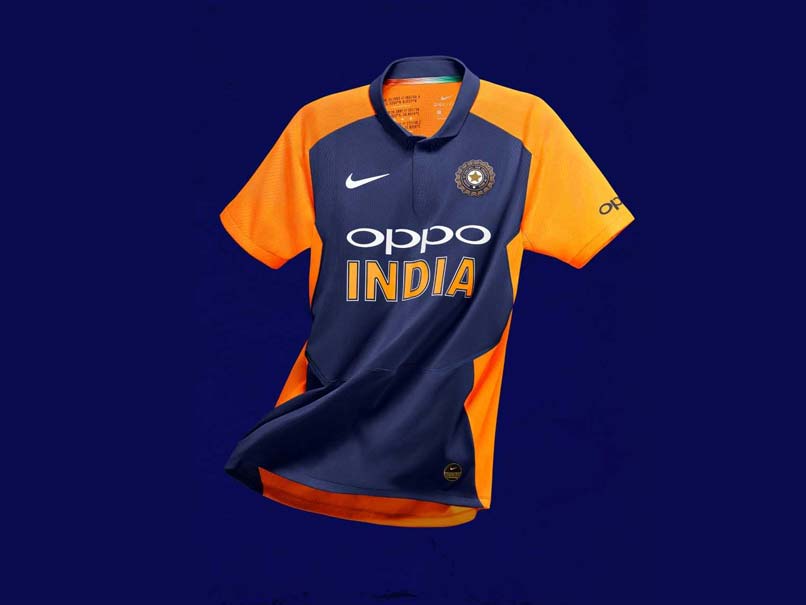 India will debut their 'away' jersey in Birmingham on Sunday.© Nike

The Indian cricket team will be sporting an orange and blue jersey for their World Cup 2019 match against England, the official kit sponsor confirmed on Friday. Since hosts England wear a blue jersey, India will debut their 'away' jersey in Birmingham on Sunday. "The ODI and Away Kit designs launched this year are inspired by the young new generation of India and the fearless spirit of the national teams," said the sports apparel company in their official statement.

Presenting #TeamIndia's Away Jersey What do you make of this one guys? #TeamIndia #CWC19 pic.twitter.com/TXLuWhD48Q

"Similar to the recently launched ODI Kit, the away kit is designed to enhance dynamic movements and modern requirement of the sport and the athletes. While the new engineered mesh and strategically placed sweat zones help enhanced breathability for the team on the field, new placket construction, the flex crest, garment cut angles and slash taping all add to making the new jersey lighter, more breathable and helps the athletes be agile on the field," the release added.

Interestingly, this is the first time India will move away from their traditional blue colour cricket jersey.

Graphic images of the jersey had been doing the rounds on social media for a while but an official confirmation had not been made by either the BCCI or the kit sponsor.

As far as the tournament is concerned, India defeated West Indies by 125 runs on Thursday to continue their unbeaten run.

India, currently placed second on the points table, are just a win away from securing a semi-final berth.

England Cricket Team World Cup 2019 Cricket England vs India, Match 38
Get the latest updates on Fifa Worldcup 2022 and check out  Fifa World Cup Schedule, Stats and Live Cricket Score. Like us on Facebook or follow us on Twitter for more sports updates. You can also download the NDTV Cricket app for Android or iOS.