"Cricket Should Be Held To A Higher Standard": Michael Holding Blasts ICC After Being Asked To Ignore Umpiring Errors

Michael Holding was very vocally critical of the umpires during the Australia versus West Indies World Cup 2019 match. 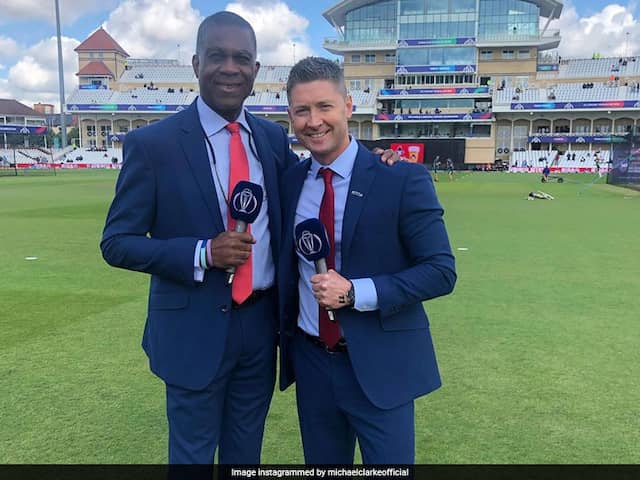 Michael Holding, West Indies fast bowler and now commentator, blasted the International Cricket Council (ICC) via e-mail after being asked not to mention during commentary umpiring howlers in the World Cup 2019, according to a report by The Times of India. According to the report, cricket's global body had ordered Michael Holding to avoid pointing out at umpiring errors after he was critical of the umpires during the West Indies' game against Australia where Chris Gayle was dismissed on what should have been a free-hit delivery.

Holding then via an e-mail questioned ICC's standards and said if it was a FIFA event, the officials would have been sent home. He also said cricket should have higher standards.

"If those umpires were FIFA officials, they would have been told to pack their bags and head home. They would not have been given another World Cup game to officiate. As a former cricketer, I think cricket should be held to a higher standard. Is the objective to protect the umpires even when they do a bad job?" Holding wrote in the e-mail accessed by the newspaper.

Holding also clarified in the e-mail that he would better love to head home rather than taking ICC's suggestions into consideration.

However, both Holding and ICC confirmed the newspaper that the matter has been resolved and closed now.