Jason Roy has already scored a century and a half-century for England as an opener in World Cup 2019. 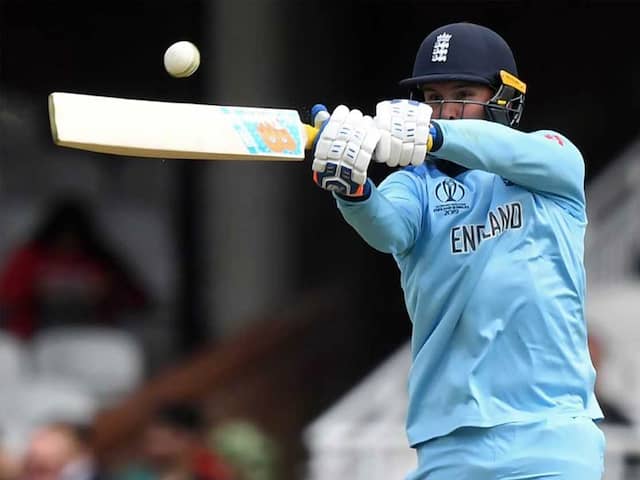 Current day One-day International (ODI) cricket does not have any specified slog overs, as was the norm in earlier days. In fact, all overs are now slog overs, which is evident from the 300-plus scores that have become more of a rule than an exception. Jason Roy has had a big part to play in this run-fest for England in World Cup 2019, with one massive century and another half-century punctuating their wins in the tournament so far. Significantly, in the only match England lost, to Pakistan, Roy scored just 8.

His utility as a wicketkeeper-batsman is in tune with every team looking for a stumper who can add crucial runs to the team's cause.

Jason Roy scored 54 against South Africa in the World Cup 2019 opener, as England rustled up 311. In the match with Bangladesh, the opening batsman scored 153 off 121 balls (14 fours, 5 sixes) as the hosts piled up 386/6 and fought off a valiant Bangladeshi run chase to score two points.

Jason Roy has 9 ODI centuries and 15 half-centuries with a best of 180.

Behind the stumps, Roy has 31 ODI victims, all caught.