Ahead of their first match, the England cricket squad and backroom staff spent time with England football manager Gareth Southgate. 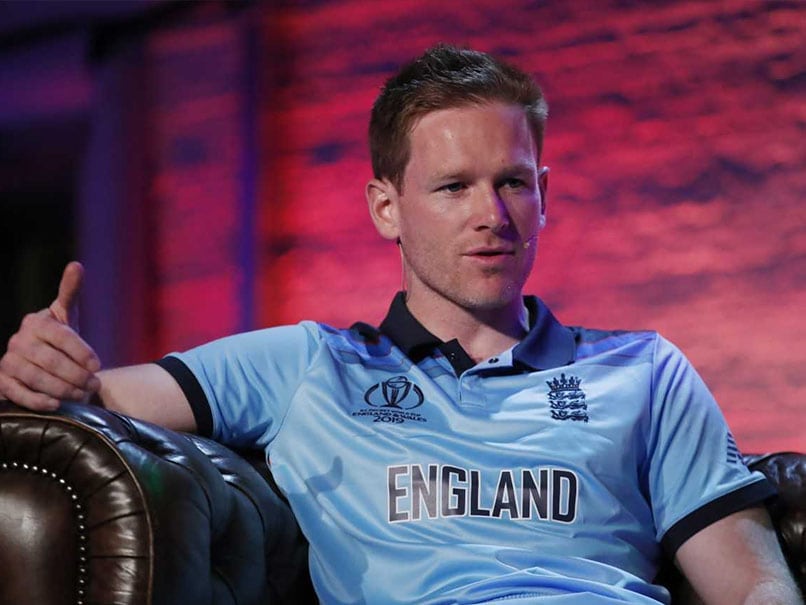 Eoin Morgan's side enter World Cup 2019 as one of the favourites to win the tournament.© AFP

England, the nation who invented the game of cricket has never managed to win the game's biggest trophy, despite producing some of the finest players over the years. But this time around things are little different, first of all, the World Cup returns to England after a gap of 20 years and the hosts, unlike previous editions, boast a bunch of players that makes them one of the favourites to lift the title. Speaking to reporters, ahead of his team's first game against South Africa, England captain Eoin Morgan spoke about what a World Cup triumph can do to the state of cricket in the nation.

"It would mean a huge amount. The World Cup alone raises the profile of the game and is a platform for every young kid in this country to have a hero or have the inspiration to pick up a ball or a bat," Morgan told reporters at the Oval on Wednesday.

"To go on and win it, I couldn't imagine what that would do," the former Ireland batsman added.

Ahead of their first match, the England cricket squad and backroom staff spent time with England football manager Gareth Southgate, whose side revitalised interest and affection in the national team on their way to the semi-finals of last year's soccer World Cup in Russia.

"We did do a session with Gareth, it was brilliant," recalled Morgan.
"He got up and talked about his journey with the team in and around the World Cup, but in the build-up, as well, and how they built bigger expectations and came together more as a group.

"I think everybody within the room listening who has been involved with our team over the last four years recognised that -- we started exactly where they did. Recognised what had happened in the past, drawn a line under it, tried to do things differently and move forward and enjoyed the challenge of that."

But the expectations surrounding England's men's football and cricket teams are wide apart, with Morgan saying his side had received a very different reaction when they were beaten by Pakistan in the 2017 semi-finals of the one-day Champions Trophy in Cardiff.

"It's amazing. He (Southgate) did brilliantly. Got to the semi-final and everybody says it's great. We got knocked out of the Champions Trophy semi-final, and we're crap," added Morgan to laughter from the assembled media.

England may have suffered several injury scares in recent weeks, including his own dislocated finger, but Morgan said all of his 15-man squad were available to face the Proteas at the Oval.

England Cricket Team Cricket World Cup 2019
Get the latest updates on ICC Women's Cricket World Cup 2022 and IPL 2022, check out the Schedule , Live Score and IPL Points Table. Like us on Facebook or follow us on Twitter for more sports updates. You can also download the NDTV Cricket app for Android or iOS.