Jason Roy, a crucial batsman for England, is expected to be fit ahead of the clash with India on June 30. 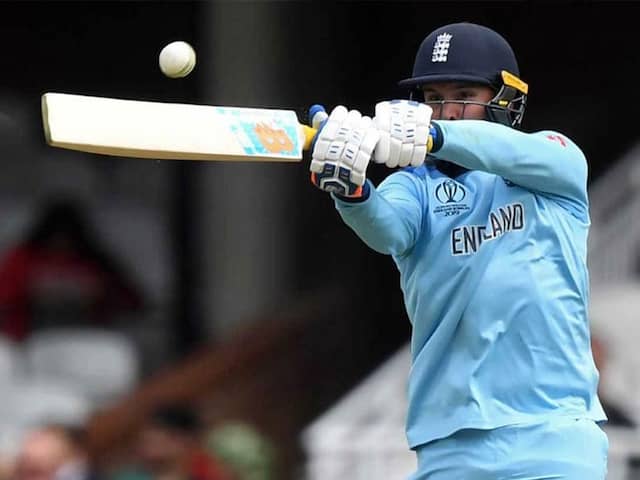 England suffered a major setback as opener Jason Roy failed to recover in time and will miss the World Cup 2019 clash against Australia on Tuesday, according to reports in the British media. Jason Roy pulled his hamstring in the match against the West Indies on June 14 and was not a part of the England team in their win over Afghanistan and shock defeat to Sri Lanka. Roy is expected to be fit ahead of England's clash with India on June 30. In his absence, James Vince will continue to open for England.

According to espncricinfo.com, Roy was able to bat in the nets on Monday, the first time after picking up the injury. He will be monitored on a daily basis with a view to him returning to the team for England's final two group games.

Roy's opening partnership with Jonny Bairstow has been a key factor in England's rise to the top of the one-day international rankings and their status as favourites to win the World Cup.

The 28-year-old suffered a similar injury during England's tour of the Caribbean earlier this year and with the World Cup featuring a long pool phase that sees all 10 teams play each other ahead of the semi-finals, the 28-year-old Roy is confident of returning to action.

Roy hit a fifty in England's opening win over South Africa and then struck a commanding hundred in the host nation's victory over Bangladesh. He further mentioned that staying out of the field is frustrating.

England need to win all their remaining matches to remain in contention to qualify for the World Cup 2019 semi-finals.

Jason Roy World Cup 2019 Cricket
Get the latest Cricket news, check out the India cricket schedule, Cricket live score . Like us on Facebook or follow us on Twitter for more sports updates. You can also download the NDTV Cricket app for Android or iOS.