England have climbed to the top of the ODI rankings under leadership of Eoin Morgan, who is also a key member of their powerful batting line-up. 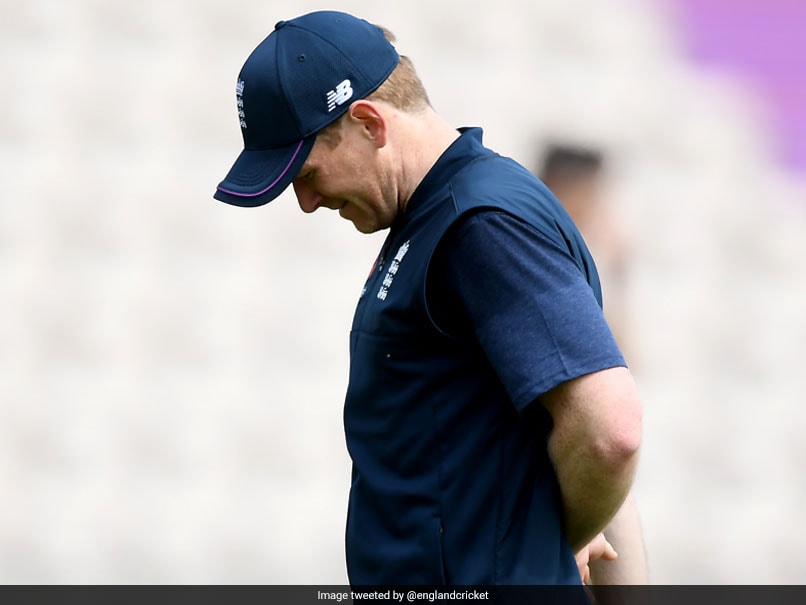 England captain Eoin Morgan suffered a "small fracture" to his left index finger on Friday, but is expected to be fit in time for the hosts' World Cup opener against South Africa next week. Morgan was practising with his teammates at the Ageas Bowl in Southampton ahead of Saturday's unofficial World Cup warm-up against Australia when he took a blow during catching drills. It was a major scare for England just six days before the World Cup favourites start their bid to win the competition for the first time, but there was relatively good news for Morgan after an X-ray showed the damage wasn't as bad as feared.

"He will not take part in the match (against Australia), but is expected to make a full recovery and be available for England's opening ICC Men's Cricket World Cup match against South Africa at The Oval on Thursday May 30."

Morgan, 32, was one of 14 players preparing at Hampshire's ground, with Joe Root absent on personal business. He has played 222 one-day internationals and averages 39.64 after hitting 12 centuries and 45 half-centuries.

England have climbed to the top of the ODI rankings under leadership of Morgan, who is also a key member of their powerful batting line-up.

England spinner Liam Dawson did not witness the incident but said the feeling from his team-mates was the Dublin-born left-hander's injury was not serious.

"I was batting on the other side, so I didn't know what went on. When I came back to the dressing room a couple of the lads were talking," Dawson said.

"I just heard he got hit on the finger. I don't think it's too bad."

Eoin Morgan World Cup 2019 Cricket England vs South Africa, Match 1
Get the latest updates on ICC T20 Worldcup 2022 and CWG 2022 check out the Schedule, Live Score and Medals Tally. Like us on Facebook or follow us on Twitter for more sports updates. You can also download the NDTV Cricket app for Android or iOS.