Cricket Australia wants players to focus on defending their world title ahead of an Ashes series against England. 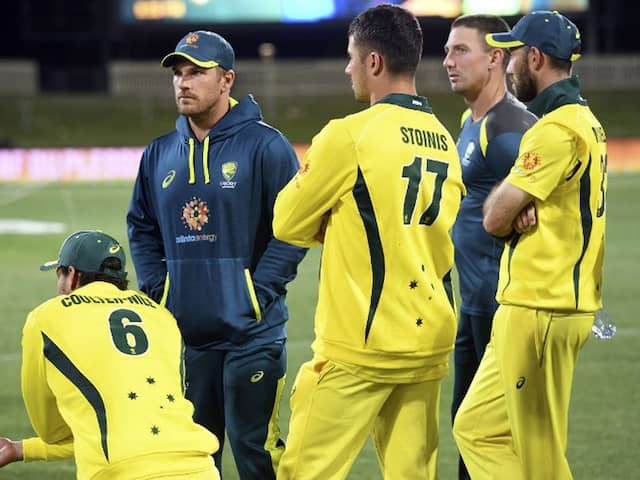 The IPL auction is due to take place next month with Australians sought after on big-money contracts.© AFP

Cricket Australia, in a bid to ensure country comes first, has said that the players picked in the World Cup squad will not be allowed to take part in the final few weeks of the Indian Premier League. IPL usually runs from late March till mid May with the World Cup in England and Wales starting on May 30. Cricket Australia wants players to focus on defending their world title ahead of an Ashes series against England. According to the guidelines, anyone selected in the 15-player World Cup squad, which will be announced in late April, must attend a pre-tournament camp in early May.

Those in Australia's ODI squad for their series against Pakistan, reportedly to be played from March 15-29, will also not be released until it is over.

And players, who will need approval from CA to feature in the IPL, must also complete their Sheffield Shield duties before leaving.

Cricket Australia's interim Team Performance chief Belinda Clark said the rules were "in the interest of making Australians proud of our team".

"We are working hard to ensure their health and match readiness ahead of what will undoubtedly be a huge year in cricket, while respecting the players' interests in playing in the various formats," she said.

"It is a difficult period with the IPL being brought forward to accommodate the Cricket World Cup, and overlapping our domestic season.

"We are committed to respecting the position of the Sheffield Shield, while ensuring Australia's World Cup squad is well prepared for this critical world event."

The 2019 IPL auction is due to take place next month with Australian players often sought after on big-money contracts.

But with Australian cricket going through a tumultuous year after the ball-tampering scandal and a clean out of top executives at Cricket Australia, several former greats, led by Shane Warne, have called for a return to basics.

Clark, a former captain of the Australian women's team, said the IPL decision was "a reasonable balance that will enable the players to consider their options and choose what is right for them and their respective teams".

"It is imperative that we ensure Australia is in the best possible position as we head into the Cricket World Cup and the 2019 Ashes series," she added.

Australia Cricket Team Cricket World Cup 2019
Get the latest Cricket news, check out the India cricket schedule, Cricket live score . Like us on Facebook or follow us on Twitter for more sports updates. You can also download the NDTV Cricket app for Android or iOS.