Mitchell Starc was out of IPL 2018 because of an injury. 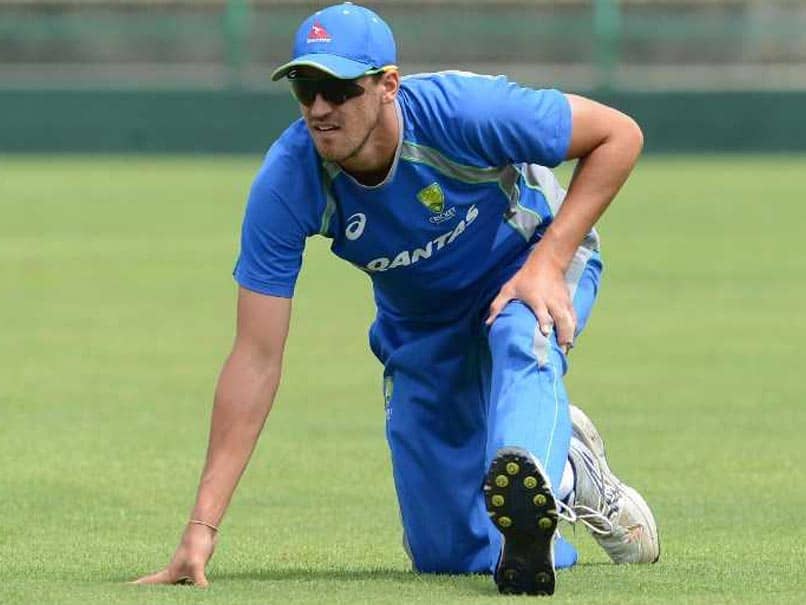 Starc might forgo IPL 12 to rest up ahead of a gruelling winter of cricket in the UK.© AFP

Australian fast bowler Mitchell Starc is unlikely to feature in next year's Indian Premier League (IPL) after he was released by Kolkata Knight Riders (KKR) via a text message. Starc, who was picked by KKR for a whopping Rs 9.4 crore, missed IPL 2018 due to a right leg injury he sustained during the infamous Test series against South Africa. Starc might forgo IPL 12 to rest up ahead of a gruelling winter of cricket in the UK where the World Cup and Ashes will be played back to back over a six-month period.

"I got a text message two days ago from the owners of Kolkata saying I've been released from my contract," Starc was quoted as saying by cricket.com.au.

"At the moment I'll be home in April.

"I obviously didn't go last year with my tibia injury and it was a great opportunity to freshen the body up, let everything heal by itself.

"I guess barring a little niggle in my hammy I've felt pretty good with my body and my strength and the rest of it.

"That little period of time has really paid off for the body. If I don't play the IPL next year it's a good opportunity to freshen up for a massive six months of cricket in the UK."

With the World Cup a major focus, Cricket Australia is expected to limit how much its players will feature in the IPL.

Due to the tight window between the end of the IPL and the World Cup, the Board of Control for Cricket in India (BCCI) is trying to push the start of the IPL as forward as possible.

That would mean a mid-March start as opposed to the traditional season launch in April.

It is also believed that IPL owners have until Thursday to tell their players if they intend to keep or release them for the upcoming season.

Mitchell Starc Cricket
Get the latest updates on IPL 2020, check out the IPL Schedule for 2020 and Indian Premier League (IPL) Cricket live score . Like us on Facebook or follow us on Twitter for more sports updates. You can also download the NDTV Cricket app for Android or iOS.