Aaron Finch's Australia have lost 17 of their 19 ODIs. 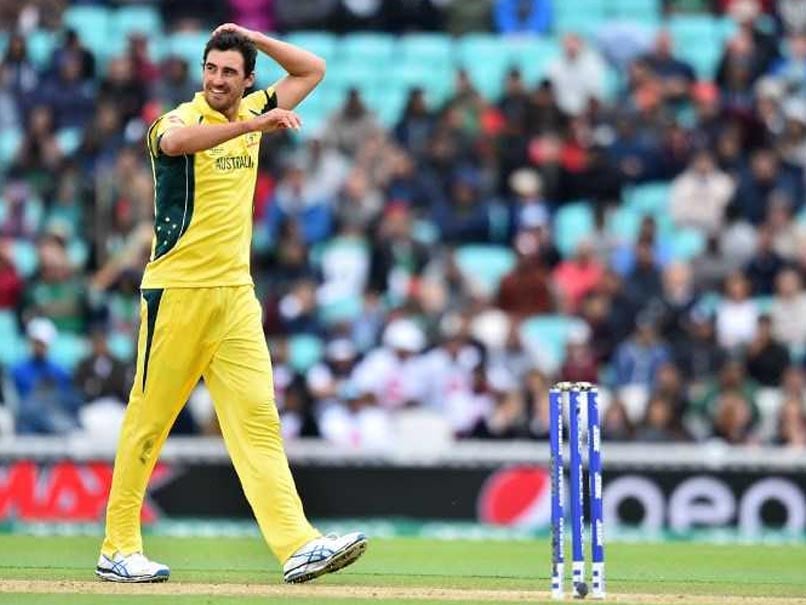 Pace spearhead Mitchell Starc, veteran spinner Nathan Lyon and all-rounder Mitchell Marsh were all left out of Australia's Twenty20 International (T20I) squad Thursday to play South Africa and India. Coach Justin Langer said they, along with Peter Siddle, would be better off playing Sheffield Shield cricket to be ready for a busy home summer featuring four Tests against India and two against Sri Lanka. In their absence, Marcus Stoinis and Jason Behrendorff get a chance to impress after being included in the 13-man squad for a one-off T20I against the Proteas and three against India.

"We know coming off the back of the tour to the UAE, a huge summer at home, and the World Cup and Ashes just around the corner that we have to get the balance right between playing our best T20 team and preparing for the upcoming Test series," said Langer.

"While I know all four have a desire to be playing for Australia in every format, with a really tough Test series against India coming up, we believe their best preparation is to go back and get some really good cricket under their belts in the Sheffield Shield."

Aaron Finch's Australia have lost 17 of their 19 ODIs and were thrashed 3-0 by Pakistan in a T20I series in the United Arab Emirates last month.

Left-armer Behrendorff returns after recurring back injuries, with all-rounder Stoinis, who was overlooked for the Pakistan series, also back.

"Marcus is such a versatile player, he's a powerful middle-order batsman and he provides us with another solid bowling option," said Langer.

"Jason Behrendorff has also earned a spot in the squad after returning to full fitness. Tactically we believe it's important to have a good left-arm swing bowler at our disposal for the four matches."

Mitchell Starc Cricket
Get the latest updates on Fifa Worldcup 2022 and check out  Fifa World Cup Schedule, Stats and Live Cricket Score. Like us on Facebook or follow us on Twitter for more sports updates. You can also download the NDTV Cricket app for Android or iOS.